Get ready for a horrific night of jokes and laughs as local comic Connor Nutt host's a showcase of Austin's top killers.

Britney Ledesma - Opened for Russell Peters and Steve Bryne. (is a virgin.) 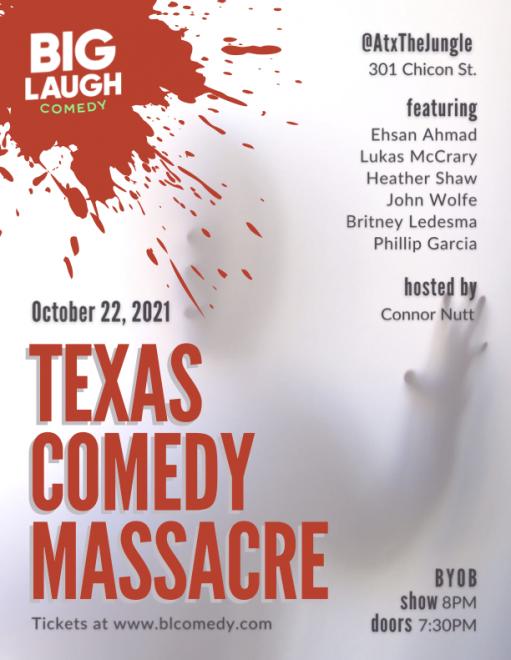