Eric Neumann: The Best Thing out of New York Since a Dollar Slice

Like, real fast. His ability to observe a moment and move on it, creating jokes out of the ether, is incredible.

After seeing his performance at the Vulcan Gas Company recently, it's no surprise he's well on his way to becoming one of the best rising comics in America.

Based out of New York, the impact of growing up around so many kinds of people has given Neumannn's jokes a point of view that showcases how he's able to do such tight crowd work. 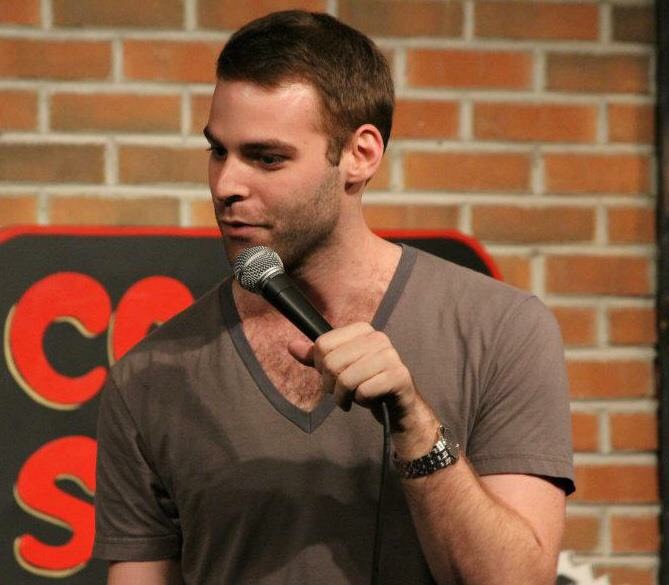 "Growing up in New York, there's just so many different kinds of people. You learn about personalities, how people talk, how they react, and I guess I just kept paying attention when other people weren't."

Neumann's jokes come at a rapid pace; he's not an observational thinker who takes you on a long, winding journey. Instead, he's a comic's comic, with old-school, street-smart jokes that land because the premise is relatable, but he's also goddamned hilarious.

His jokes also deliver because of how adept he is at reading the room and getting a temperature of what the audience can handle. Because I'd be hard-pressed to imagine he doesn't have a cadre of jokes at the ready for any occasion, or working in any room in America.

"I went to a school where I was the only Jewish kid. All of my friends were way different than me. I think it's helped me be able to be relatable to different people. I've always felt that being someone that people can talk to is important. What's funny, is that I think at our San Antonio show, I think I was the first Jewish comic any of those people had ever seen in their lives. But, I made the jokes work and they had fun with it. It's cool meeting different cultures and meeting different people."

When asked about the same ole who influences you, who you love, the answer wasn't what you'd expect.

Yeah, everyone loves Richard Pryor, but who did Neumann say? Kobe Bryant.

"I love classic comics, like Gary Gulman , I love George Carlin. I'm a huge Colin Quinn fan. There's a lot of guys that aren't huge names out in the New York clubs that are killing it. But my biggest influence is Kobe. I love his work ethic. Getting up earlier than everyone, putting in the work to be the best."

It's easy to see why he thinks this way because he's an admitted workaholic, who lives, sleeps, and breathes comedy.

When I asked what influenced him outside of making people laugh, the answer came back to comedy – the man is dedicated to his craft. "I'm influenced by shame, regret – can I make a joke out of a bad experience, that fuels me.”

As he sailed through his show while in Austin, Neumann's set flowed between hard written jokes, as well as some of the strongest crowd work I've ever seen. His ability to read people and find the jokes was nothing short of watching a clockmaker ply his trade.

A guy with curly hair looked Jewish was sitting in the front row, Neumann jumped at bonding with another Jew. The bit worked for a minute, but when we found out front row guy wasn't Jewish, a full-on fire sale erupted. Neumann dug found out the guy’s name was Juan. Following this delicious information, Neumann went to work keeping the crowd on its toes, waiting to see where he’d go next.

What's also impressive about Neumann is his rise on social media. Instead of making cute videos for TikTok based on sketches or bits, he chops up pieces of his set and posts them regularly, so most people who come to his shows know his work and are coming because they like his comedy, not a persona. And believe me, I've seen people "TikTok Famous" come through on tour, and it's a train wreck.

Harnessing a crowd built off the comedy rather than the act is something many can't do, but Neumann does in spades. The folks who came to Vulcan knew him and came to see him work. They wanted photos and a quick chat, all telling signs that we're about to see someone blow up right before our eyes.

And that's one of the coolest parts of the gig. You can feel the pressure building, you can see the chaos coming, and that's a beautiful thing to witness.

If Eric comes to your town, do yourselves a favor. Get out and buy a ticket, and he'll probably make fun of you, so don't wear anything dorky.

PS - you can catch him on February 12th in Forth Worth at Hyena's - get tickets here.