The road into comedy is never a straight line. Where the jokes arrived from, the nuance to be funny, those mysteries are sometimes pulled from the ether. How we make people laugh isn’t a matter of can you land the joke, but sometimes, it’s how to convey the message. When your gig is to hang out with comedians and interview them, you experience many personalities; there is no common theme amongst comics outside of putting in the work. How they got to the stage and how they’re willing to die on it is its patchwork of wins and losses, and for a lot of those willing to speak their truth into the chasms of dark rooms, the losses shape the art with vicious pangs of reality.

One of the folks who’s been able to drift between worlds and make a career out of many interesting career choices is Jonathan Kite. I met up with Kite sitting in Vulcan Gas Company’s green room a few months back and was immediately impressed by Kite’s focus and ability to be present. Kite isn’t just a comic, but a long-time supporting actor on the smash sitcom 2 Broke Girls, where he played the one-liner machine, Oleg Golishevsky.

The life of comedy isn’t easy

But Kite isn’t just someone who got lucky for a few years on television. Instead of going after another paycheck, he’s been working on his standup, chasing growth, and trying to change not only the public perception of “the guy who played Oleg” but himself internally through projects that aren’t status quo. “To be from Chicago and be in comedy, it’s about the love of the game. It’s my foundation. I came from very poor beginnings. We were on food stamps. I got into U of I because I auditioned through the conservatory. I was terrible in high school. I come from two incredibly hard-working people. The value of my success isn’t lost on me. I want to constantly grow and keep that love of the game, even though it’s my career now.”

And you can’t help but root for a guy who came up on the streets of Skokie, a northern suburb of Chicago.

Kite has accomplished a lot despite humble beginnings. Studying as a serious actor, he learned how to be funny on the job. “When we did 2 Broke Girls, we knew it was funny. But so many good projects can go to Shit City immediately. When it got picked up, we thought maybe some people would watch, and maybe we’ll make a little money to live on. And then when it debuted, almost twenty million people watched it, which was unheard of for its time. There was a high we were riding. The fans and the network were so supportive. I got to do something that exists in the lexicon like Cheers, Barney Miller, Taxi, or my favorite show ever, The Golden Girls. I was on the number one comedy show in the world. And it allowed me to tour in India, China, all of these places I’d never be able to work in otherwise. And I travel a lot, but people were helping me, and I saw a fascinating side of the world. The ripple effect has been nothing like it.” 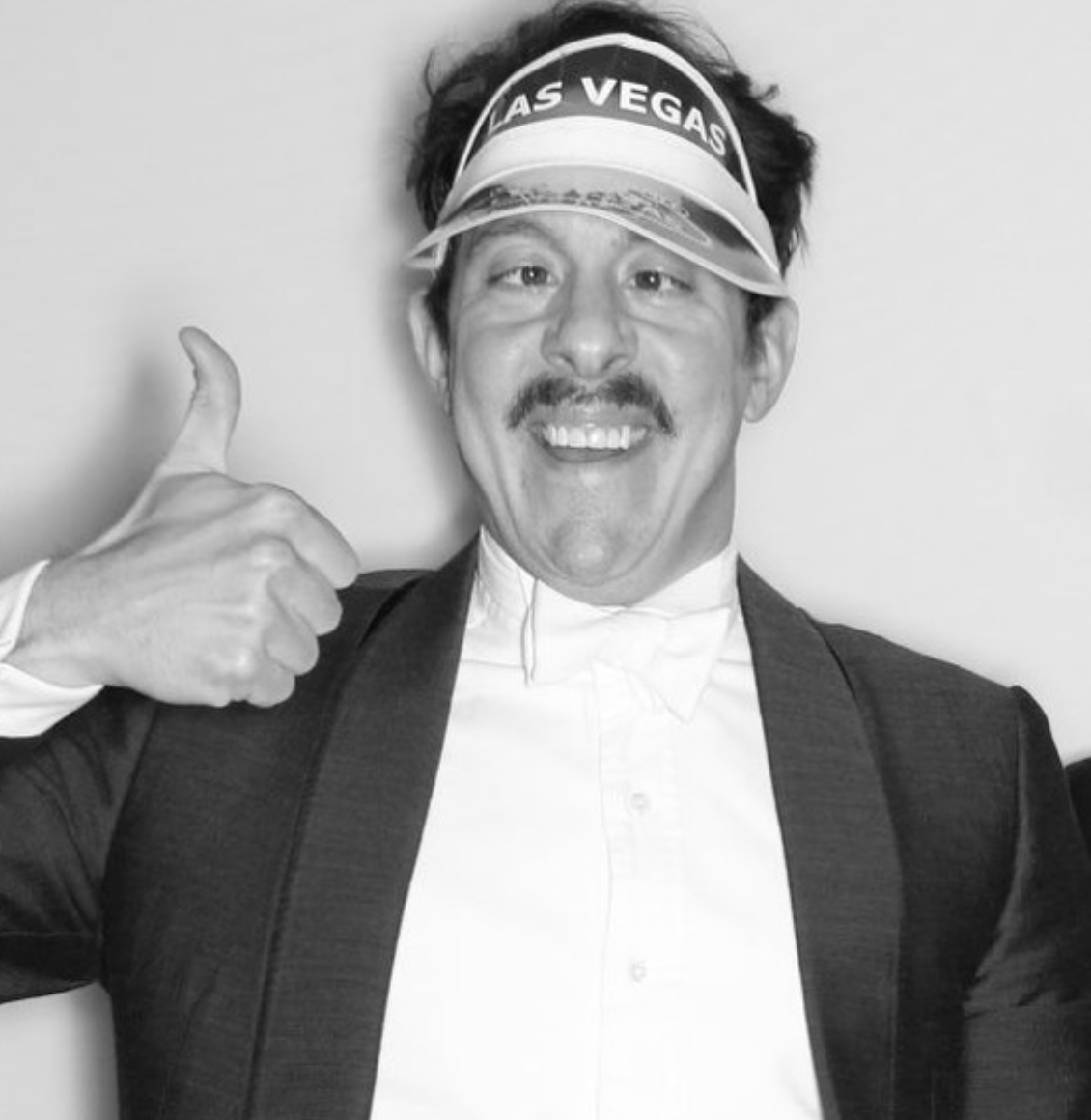 Comedic opportunities came and unlocked his ability to see the inwards silliness to the point of forming his improv group in Los Angeles, L Ron Jeremy. “Our school wasn’t tv and film. It was serious stage acting. Several teachers kept telling me I needed to go west. After hearing it so much, I knew the universe was trying to tell me something. These people didn’t have anything to gain from this, they saw something in me that said I could do tv and movies, despite my absolute love of the stage.”

And the gamble has paid off, seeing Kite land his 2 Broke Girls gig, but also doing voice work on Black Dynamite: The Animated Series. Kite has also worked on Jimmy Kimmel Live! A bit known as the “Hacky Sack Hippie.” He’s done a bunch of commercials for national brands, too.

I’ll do anything for comedy, but I won’t do that

But one of the things that set Kite apart from his peers is that his comedy road wasn’t as black and white as most of the people we stumble across through Big Laugh Comedy. Instead, Kite is one of the few comics who can get away with impressions, something that many comedians turn their noses up over. He’s too good. He proved those wrong that a guy from television could do both. Neither are mutually exclusive. “With stand up, it’s catharsis. I can tell my own story. But I don’t talk about myself on stage, I talk about what life looks like. When it comes to the impressions, it always comes down to, is it funny? An impressionist and a stand up aren’t the same thing. Impressionists are entertaining, but it’s not comedy. I won’t do an impression if there’s no joke. Being a part of the Hollywood culture, my comedy evolved into this One Man Hollywood Reporter. People wanted to know if I’ve met people, or what it was like working in the business, so I started tailoring my sets around those questions. As I developed, I had a lot more to say. I had to find a balance with the impressions, but they had to be rooted in the jokes, the right way, with the right set up.”

With such a varied career, Kite is humbled by his experiences on the small screen and within the comedy clubs. He’s even been lucky enough to work as one of the main characters on Jamie Fox’s Dad Stop Embarrassing Me. Kite is candid about his road thus traveled. His passion for remaining true to his identity isn’t an act, but a genuine reflection. “I didn’t start standup until ten years ago. I was already on the show (2 Broke Girls), and we knew we were getting picked up, but we were on a three-month break. I was at the Improv with some buddies, and they were like, you should do stand up. So, for the summer, all I did was open mics. This isn’t a hobby. I’m still an actor, but this is another job. This is another part of my life with importance. I love standup. It’s in my bones.”

Sitting down with Jonathan Kite, his passion for life and his dedication to working himself crazy was evident. He’s on a mission to be his best self all of the time. You meet a lot of people in that green room, and few are as genuine as that kid who his mom called a “boner” back in the day, never imagining that kid would make her proud just by being his best all of the time.