For our first show at the venue Wax Myrtle’s in the Thompson Hotel in downtown Austin, we’ve put together a lineup of comics who are waxing greatness.

Here’s a little more about these comedians who are on the rise in the Austin comedy scene.

Make sure to catch them at Freshly Waxed: A Comedy Show at Wax Myrtle’s on Thursday, October 20th at 8pm. 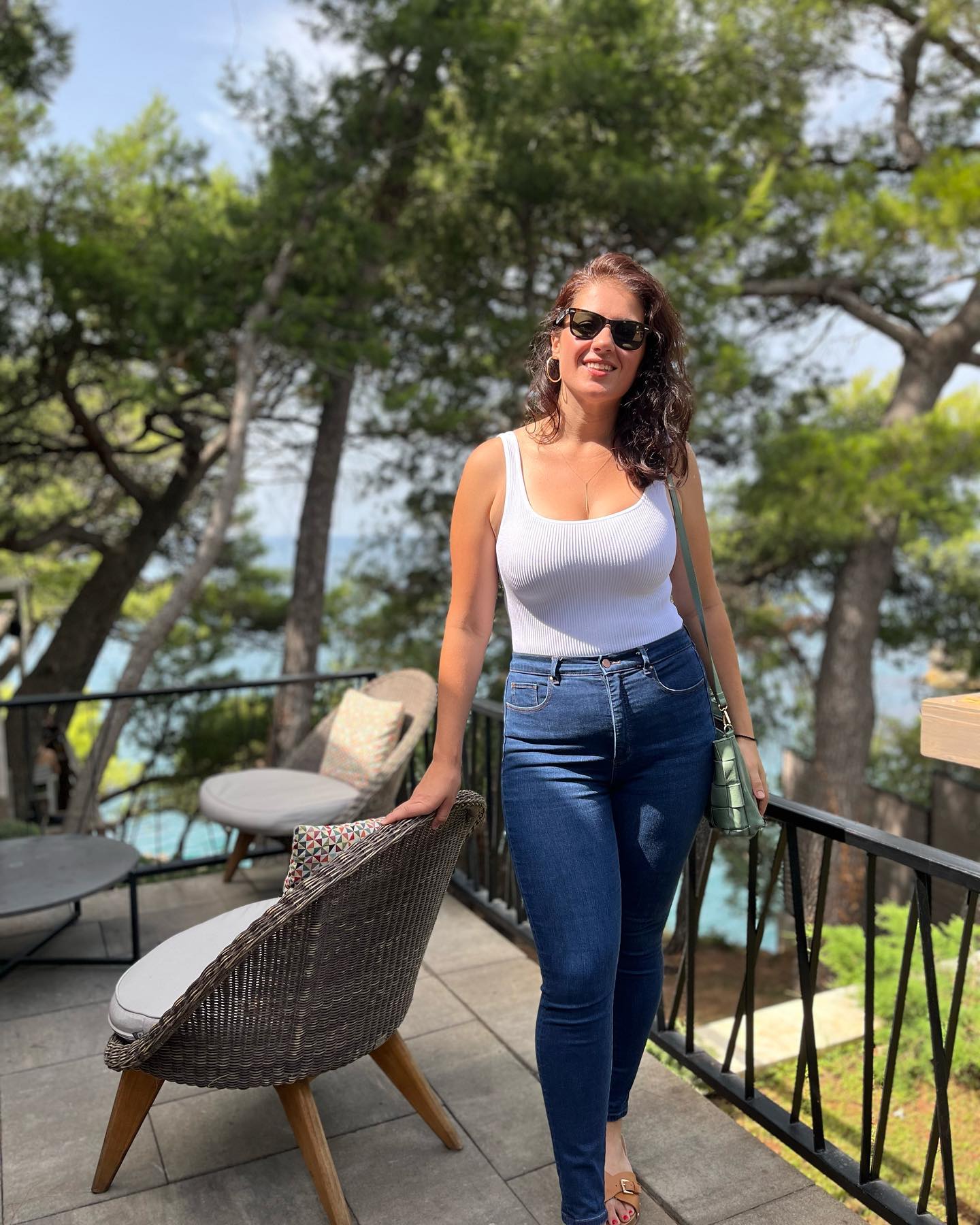 When I was teaching logic classes and started doing bits about my ex-husband without realizing it.

Crowd work or stick to your set?

Mix it up. Then tie the crowd work into your set.

Where is comedy's place in cultural conversation?

You keep finding ways to disappoint us.

What should people know about you?

I’m actually quite sensitive and kind. You would never know from my on stage performances or my roasts or getting roasted - that stuff doesn’t bother me. But I can pick up when the mood the room changes or someone’s feelings get hurt and I try to adapt to that. On stage vs off stage are too very different things.

When writing a joke, what's the most important thing?

Talking about something that matters. 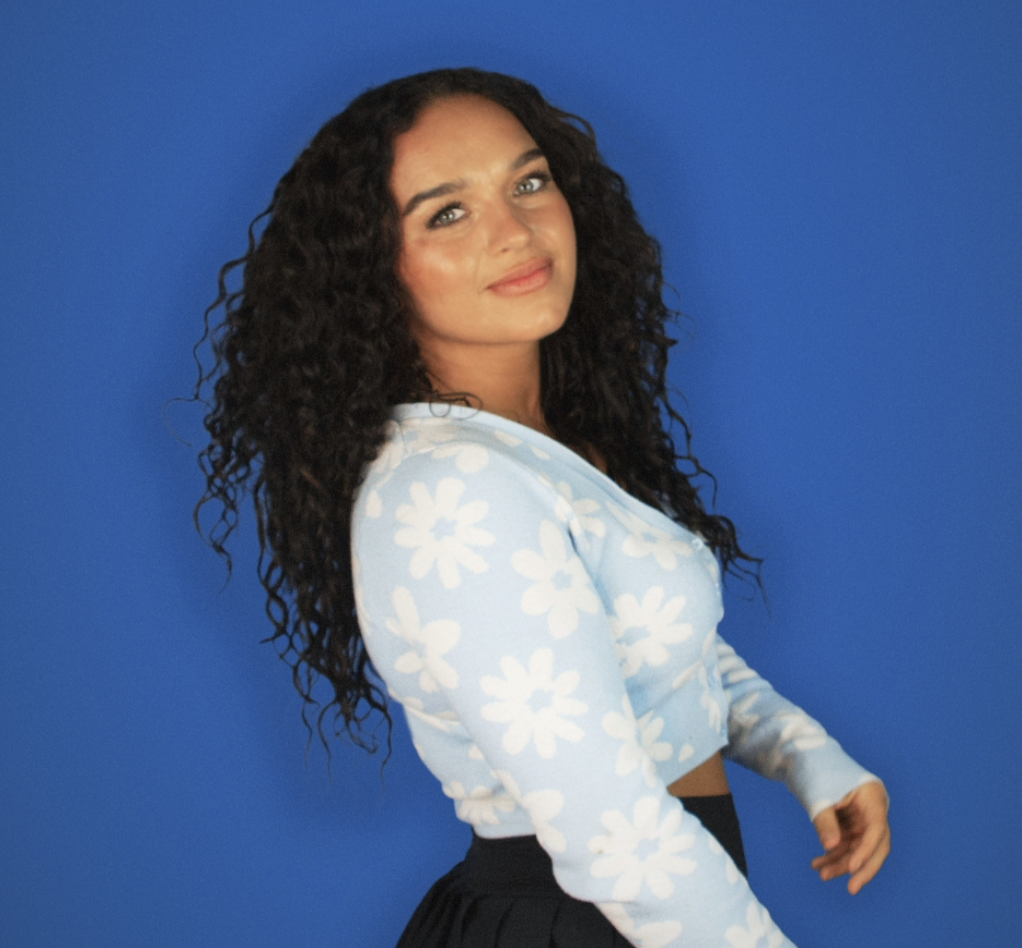 I would like to start producing my own shows as well as start opening for larger acts and comedians I admire.

The perfect combination between a theater background and trauma.

I ate one of my roommates brownies before a show not knowing it had weed in it. I went on stage and forgot my entire set but stayed up there for the full time pushing through. I will never eat food that isn’t mine again.

Mark Normand. He has really set trends with his style of comedy.

I think so. In good taste of course. If you have something clever to say or a unique spin on something go for it, but don’t just talk on a subject for the sake of hearing yourself talk. 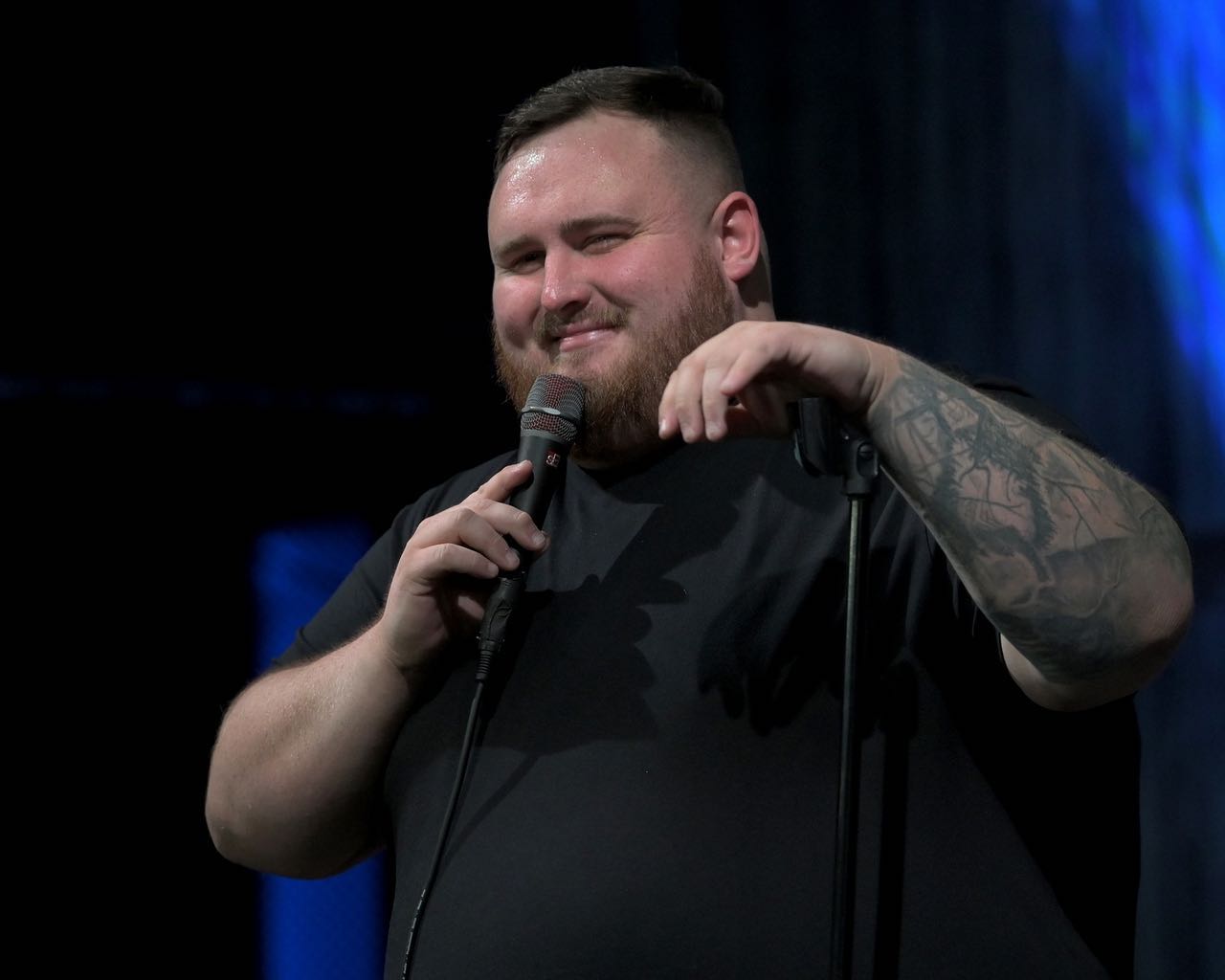 Ever: Ralphie May and Patrice O’Neal

I was a theater major in college and there was a girl I was dating in the theater department with me. When we were getting ready to finish school and looking at what was coming next our theater director lined up a bunch of auditions for me but told her she should go check out an open mic. We broke up, I got pissed because I thought I was funnier than her, so I went and found an open mic and haven’t done a stage play since.

I used to be a youth minister. On nights I would preach we would have to do sound check and I had to be constantly talking in to different mics and I never knew what I was supposed to say and I didn’t want to run my sermon before it was time so I used to do Ron White’s bits for the sound guys and they team that worked at the church. I knew I was suppose to be on stage and people laughing was way better than whatever I was preaching about.

Absolutely 100%. Patrice O’Neal has the best advice on this. Every joke that’s ever been written and told has done so with the intent of making people laugh. Sometimes that works and sometimes it doesn’t. But it’s all from that same place. 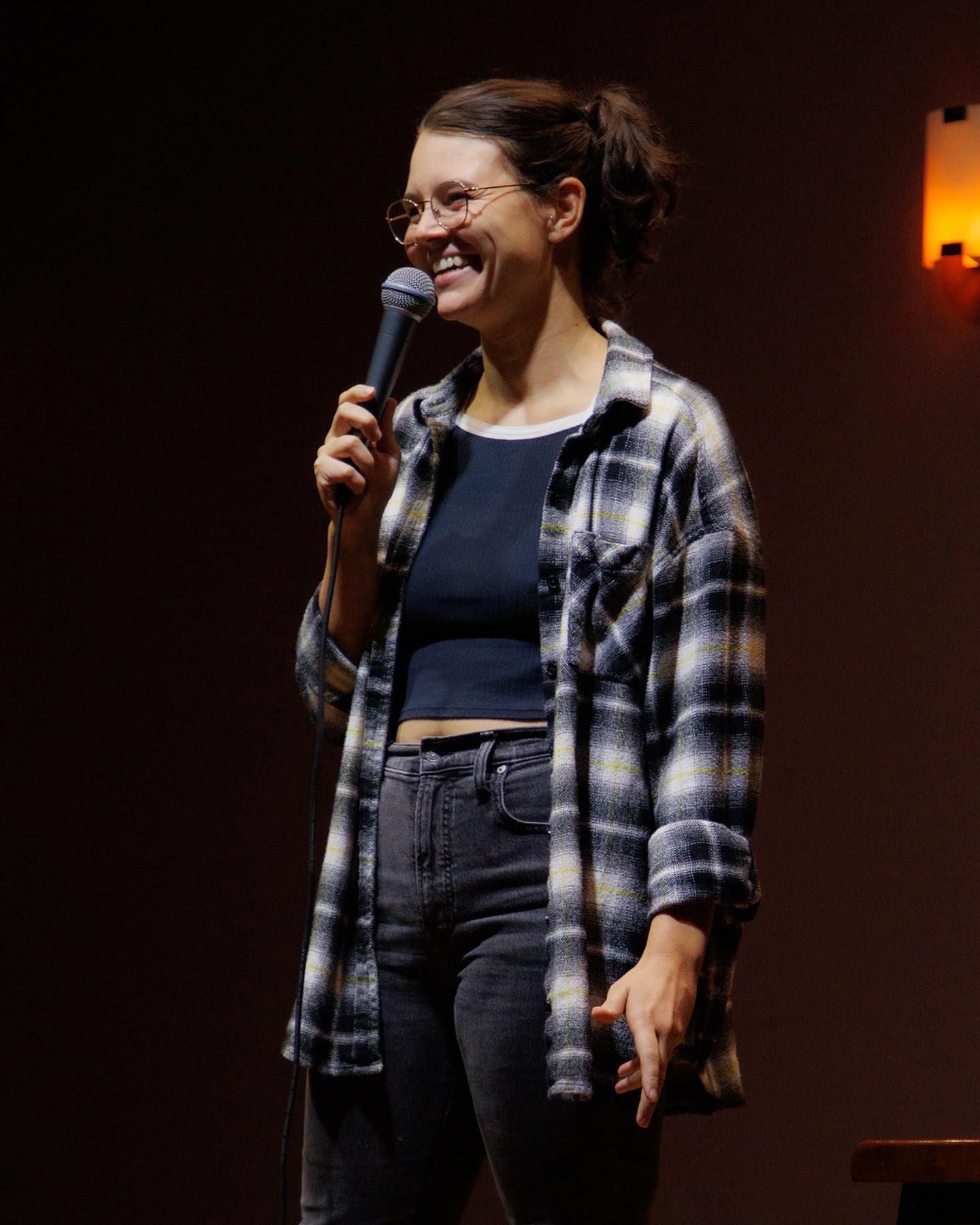 My mom and overpasses and scientologists

Oof. There are so many to choose from. Maybe this mic at Volstead when I had a cold and had taken a bunch of Sudafed. I told half a joke, forgot the rest and left stage after about 30 seconds. It was humiliating. The bartender felt so bad he offered me 2 free shots.

What kind of music did you listen to in high school?

Christian rock and scene shit all the way baybee

I try to take it a day at a time. It's such a long haul endeavor - my only goal right now is to keep writing, performing, bombing, finding that one joke out of 100 that actually works. But also I would like to own a hot tub one day. 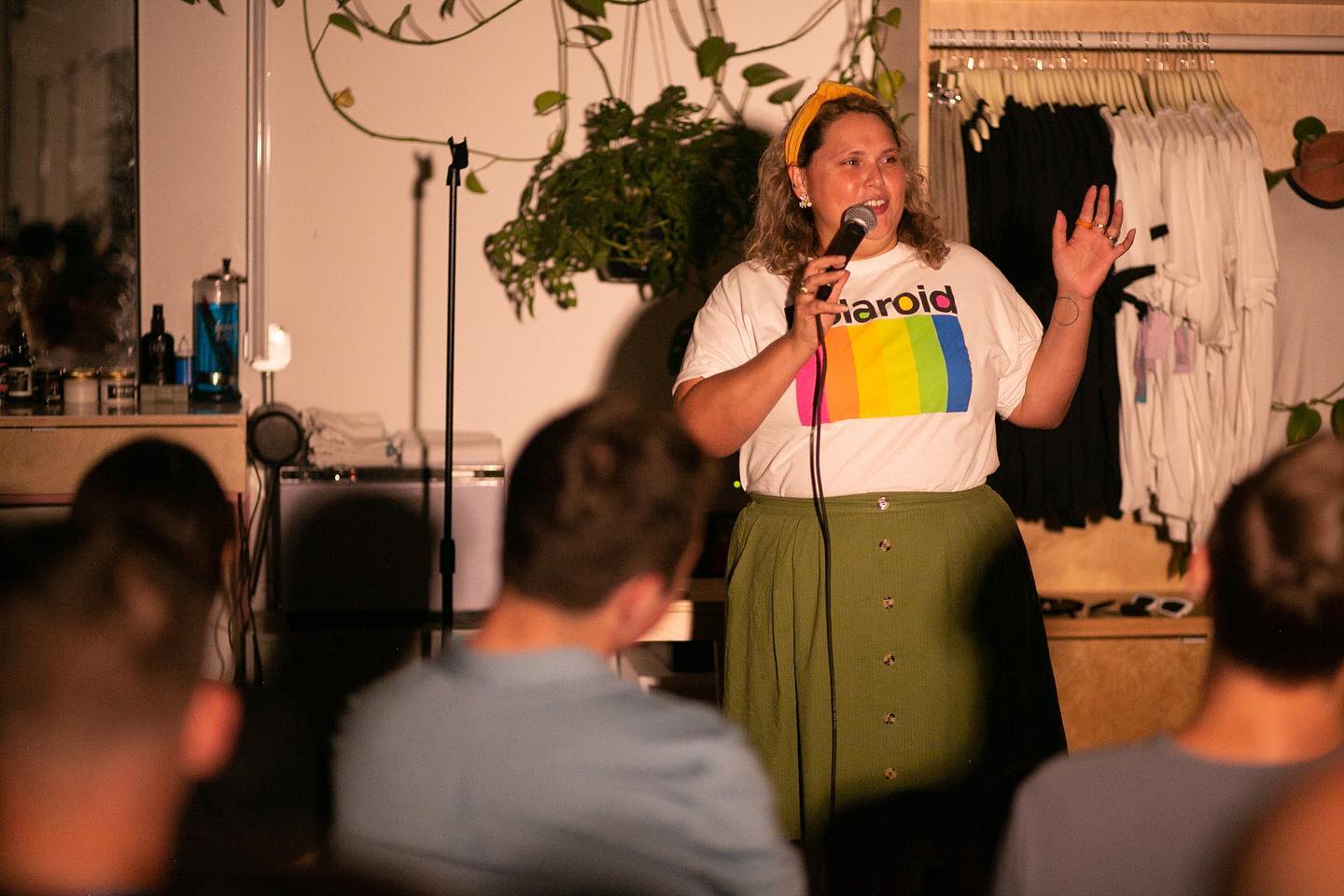 Right place, right time. Comedy was never on my radar and it was the most serendipitous thing in my entire life.

What has been your favorite experience in comedy so far?

In 2021, I went on the road through the midwest with me mates and it was the best 2 weeks of my life.

Animals and plants, mostly. Also clouds but they're not sentient.

Getting that bag and then buying a real gold snake chain.

Any tinned fish company, but hopefully the classiest ones like Patagonia or Jose Gourmet. I would still take a bottom shelf company like Beach Cliff or Sol-Mex if they hollered.

What's the brokest you've ever been?

Probably that one time I was spending $80+ everyday getting rip-roaring drunk for nearly 10 years.

"Finally, a Medina is getting paid to tell jokes"

These are names you'll be seeing all around town, if you haven't been already - don't miss your chance to catch them when they perform!

Your next chance to catch them all together is at the new Freshly Waxed show at Wax Myrtle's on top of the Thompson Hotel in downtown Austin, THIS Thursday, October 20th!

Get your tickets here.