Jackson Fagundes: Hater of Gin and the Saxophone 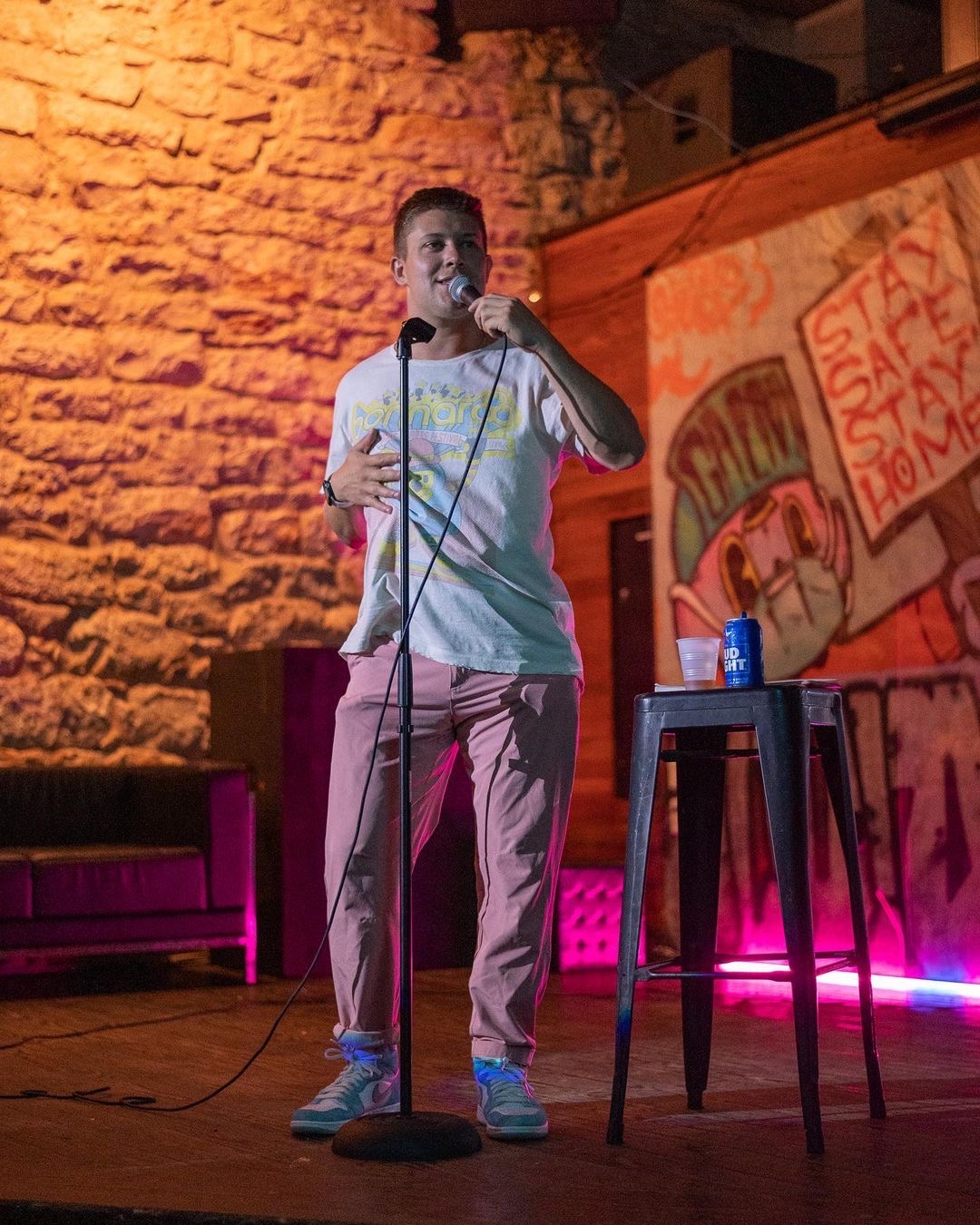 Since he was a quiet Christian boy growing up in LaGrange, Georgia, Jackson has always been known to get places early, to a fault. He’s the oldest of three sons belonging to a dentist father, who happened to be the only dentist in town. Jackson grew up being the class clown, but was also a piece of shit (according to him). The most trouble Jackson ever got into before the age of 12 is when he ding dong ditched someone’s house, ran away, and broke his arm while being chased by a dog. He hated playing football and the saxophone while he was growing up.

Jackson’s favorite subject growing up was US History which was taught to him by a Jamaican teacher who also happened to be his soccer coach. He attributes this to why his favorite subject in school was history. Jackson ended up getting his degree in Marketing at GCSU… after 5 years in school.

His go-to drink is an Old Fashioned with Maker’s Mark or Buffalo Trace. When he’s feeling fancy, it’s a Mojito…or three. But don’t you dare give him gin.

Jackson just had his 2nd anniversary of doing stand up this past November. Avery Carpenter, his college roommate who also does stand up in Austin, convinced him to start performing. Jackson said he never would have seen himself doing stand up 10 years ago. His drive to do stand up comes from wanting to bring people joy.

Some of Jackson’s biggest influences in town include CJ Landry, Casey Rocket (another fellow Georgian), and Jordan MacDonald who put him on a show shortly after moving out to Austin.

Jackson’s favorite food is Korean BBQ - specifically bulgogi which translates to “fire meat.” His hometown of LaGrange has a large Korean population and he says that caused this favorite food to arise. Luckily there’s a few places in town he can get his fix.

After I found out about Jackson’s newfound love for wine - cabernet being his favorite, Jackson retorted:

“You know what I can’t stand? When a girl smiles and her teeth are purple.”

I followed up by asking what some of his other turn offs are:

“When you can smell the person standing next to you.”

“Having open cans or bottles in the fridge.”

I agreed with both of those and mentioned that my ex boyfriend used to leave Bud Lights in the fridge overnight. Jackson was disgusted.

Jackson’s favorite beer is Leinekeugel Summer Shandy, but you better not leave one sitting open in the fridge.

You can catch Jackson Fagundes around town at various mics and shows any day of the week. Jackson and Avery Carpenter have a show called Cowboy Killers coming up at Cooper’s BBQ on Friday, January 20th at 8pm. You can get tickets here: