Meet the Cohosts of the Beef Fight Podcast

These guys shoot the shit and make crazy ideas turn into something phenomenal.

Topics have included Terrorist Mini-Golf, Breast Milk Smuggling, Medieval Saloon Brawls, and off the cuff goofs and gags that make the producers pee their pants laughing.

You don’t want to miss this brand new, one of a kind podcast called Beef Fight.

You can watch the first episode of the Beef Fight Podcast here: 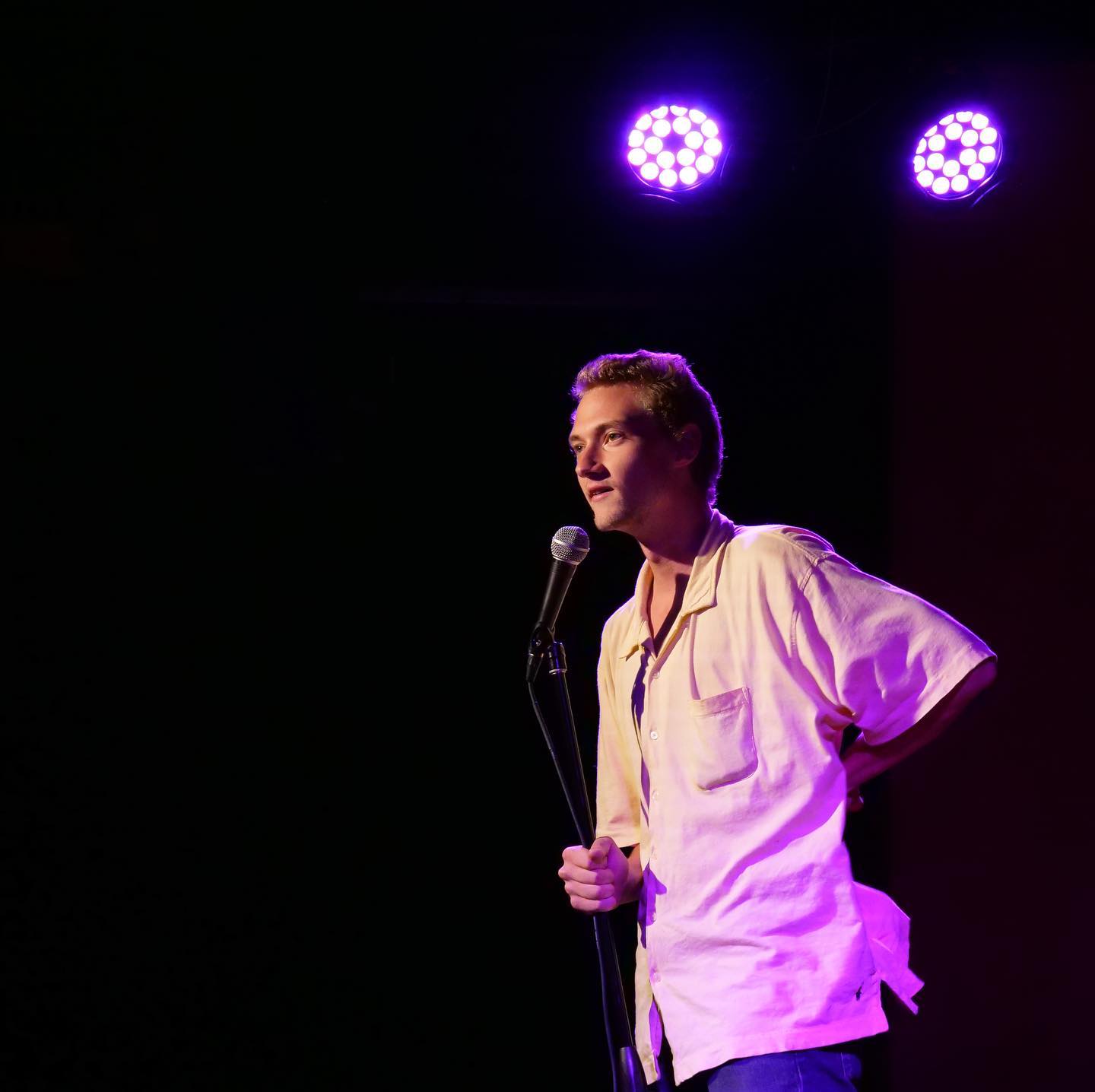 What's the craziest thing that has happened to you in comedy?

One time after a show an elderly Chinese man gave me a box full of these adorable fuzzy little creatures, but I fed them after midnight and they all turned into some really nasty monsters, wreaking havoc and whatnot. Boy that was nuts.

Kicking back on a beach in Mexico with an ice cold cerveza and a brutal cocaine habit.

What's the worst day job you've ever had?

I was the fluffer for a Donkey Show for a couple months, pretty rough, the benefits were good though.

What's the brokest you've ever been?

I’m so broke when I look at my reflection, the mirror gets seven years of bad luck.

Who are you and why are you wearing my wife’s lingerie?

Time. I fear becoming stuck in a timeless infinity. I have no fear outside of time. Pain is fleeting. Time is constant.

Brand deals. I want to become the face of a product. My ultimate goal is to be on shark tank, to not get a deal but find success on my own. Then Mr. Wonderful himself reaches out to me admitting his folly and asking for another chance to invest. I accept. He becomes a father figure in my life. Through his mentorship, the business dominates the field. Inevitably I become a shark and live out my years helping young entrepreneurs.

I got my first feature spot at The Comedy Bar in Chicago. The day of the show I couldn’t get relaxed. I could feel the bomb coming. I went on stage and started doing jokes and the crowd looked at me like someone looks at a dog having a seizure. A man put his elbows on the table, head in his hands, his wife rubbing his back. It was quiet enough for me to hear her tell him “Don’t worry it’ll be over soon”.

Ernest Hemingway, Aldous Huxley, Fyodor Dostoyevski. I like books as much as I like comedy. Ernest Hemingway is my twin flame, my muse, me everything. I relate to him more than any other historical figure. He was painted as this masculine man, when in reality he was a hyper-sensitive basket case who struggled to keep himself together.

Who do you think is a voice that needs to be heard?

Jessica Kirson. She is one of the funniest people alive and everyone should know who she is. Too many comedians get their heads stuck deep into their own asses and Jessica is just funny and does not give a fuck.

About a year ago I tried quitting comedy. I met a girl and decided that I was going to live a “regular” life. I got a job, we moved in together, everything on the surface was wonderful. I suppressed my creative urges by drinking Asahi dry and doing lines of Ritalin whilst writing manic pages detailing my own personal philosophy. Then one day, without much warning, the girl broke up with me. I was devastated. Deep down I knew it wasn’t working but I repressed that feeling under the guise that I was just insane. I bought a plane ticket to Austin the next week and moved down here. It solidified that I wanted this lifestyle. I tried the other way, I hated it, and here I am doing the only thing I can do.

I did a strip club in a small town in Indiana. They put me up in a hotel for the night so I called some friends and we made a little vacation of it it. We all took acid before the show and heinekens cost 1 dollar. They watched as I performed to a half filled strip club of local Hoosiers. The show itself was fine but hours later in the hotel room things began to disintegrate. The seemingly limitless heinekens in addition to the compulsion to take a little bit more acid resulted in all of us losing touch with reality. We arranged the room, took the paintings off the wall, at one point I came to consciousness hearing the three of them chanting “Take your pants off”. It was nothing sexual, it was just that they were all in boxers or pajamas and me being in jeans threw off the vibe.

What kind of music did you listen to in high school?

Post-Hardcore. I’m a warped tour kid. I love warped tour. I still listen to the same music I listen to in highschool. You’ll always find me listening to yells and growls contrasted with the high pitch cleans of a man far too old to have teenage fans.

What is your strongest skill in comedy?

I’m interesting. I’m really not that funny. It’s very odd to be a comedian who isn’t funny but I’m finding a way to make it work. I am interesting though. I’ve had a few major head injuries and the donks to my antenna allow me to pick up on some strange ideas.

What's the worst day job you've ever had?

When I moved to Austin I got a job in sales for a software company. I made it about 3 hours. I went to the first zoom meeting, then they said “okay time for another zoom meeting” so I immediately quit.

My family believes in me too much. It’s almost annoying. No matter how ridiculous I tell them my plans are, they are always very supportive, almost to the point of being delusional.

What should people know about you?

I’m really dumb. I’m super dumb. I am good at communicating and making deductions but outside of that I am quite literally mentally challenged. I dropped out of high school and cannot complete simple tasks to save my life.

Context matters. There’s only one thing in the world that isn’t funny, and it’s fear. I think about this a lot. Everything can’t be funny, or funny losing all meaning. A comedy club is a voluntary environment, so it’s a safe space to tell jokes about anything. Out on the street though? Talking with friends? Not everyone wants to be where they are and it’s important to respect that. I think most everything should be allowed to be joked about in a comedy club (hate speech is free speech and I think we should have free speech) but I don’t think you should be protected from others reactions to what you’ve said. I think you should be allowed to say anything you’d like on stage, but I think you should be ready to throw hands if you go onstage saying some horrific things to people. The audience is (almost) always right.