Please, Never Invite me to a Brewery, Ever 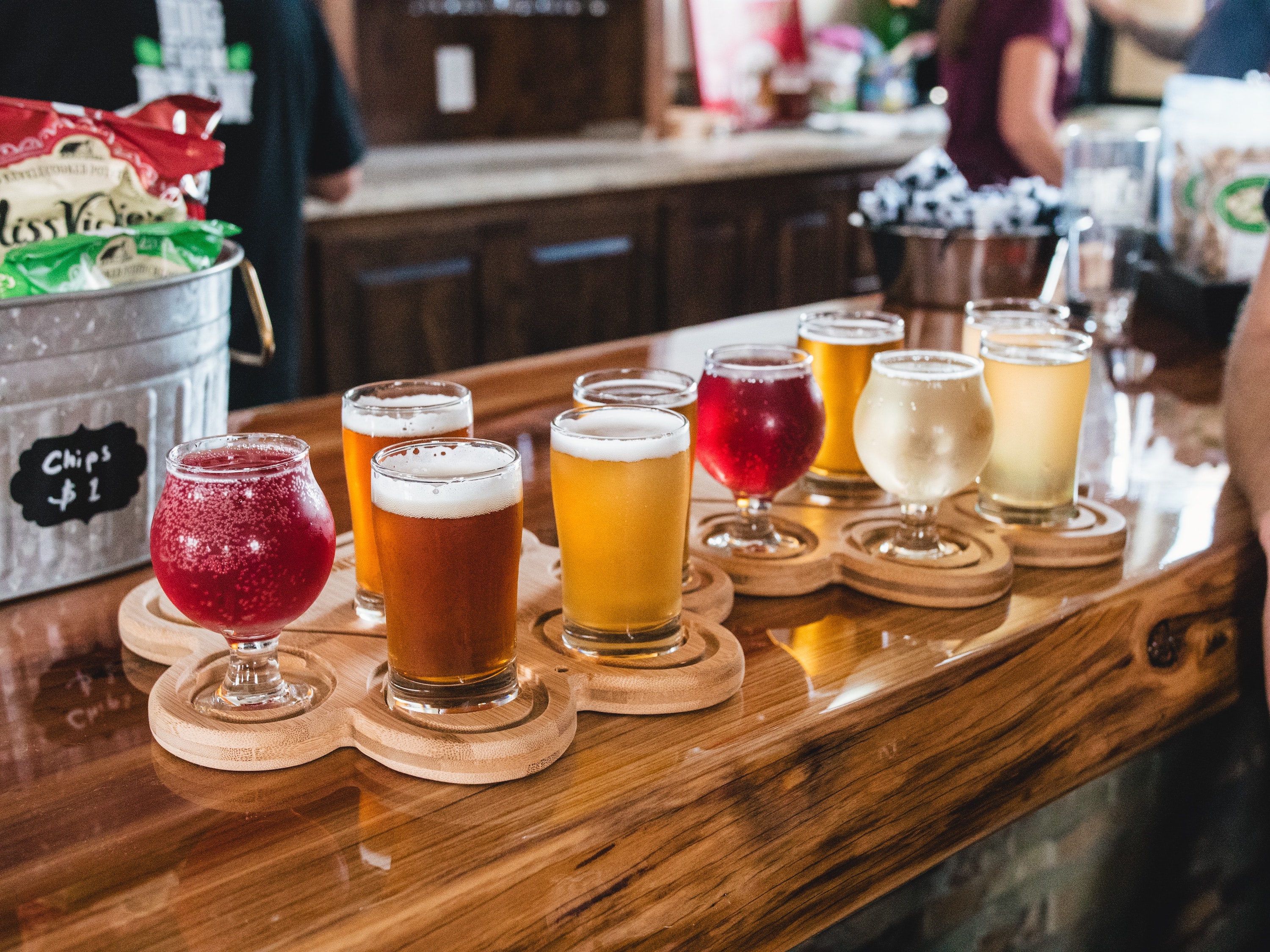 Photo by Meritt Thomas on Unsplash

Here's the thing, I really and truly do not want to go to a brewery with you.

I'm not saying you shouldn't like them because that's your cross to bear. There are people out there who think Jimmy Buffet, The Eagles, and Machine Gun Kelly make listenable music, and I don't want anything to do with them, either.

I am saying that breweries are the opposite of fun, and I'm not interested when I'm drinking if we're not getting weird.

Bars are a special place in the universe.

They're dark. There's an element of danger, depending on if you go to a cool one. There's a jukebox. There's usually a bloodstain or a place where a guy got the brakes beat off him for messing with another guy's woman, and they usually smell like spilled Miller Lite and Fabuloso.

A brewery has a big fucking picnic table, and they've painted some shit color like yellow. I hate yellow almost as much as I hate brown.

Did you know they call yellow the color of insanity? If you lock someone in a yellow room for too long, they'll lose their marbles. Don't believe me? Google it. Who wants to sit next to guys with goatees at a magnum-sized canary-colored picnic table?

I don’t want to hear townies play Distrubed or Jason Aldean, at some suburban bar, either. Trust me, I can make anything unfun in seconds. I know what animal I am. I am fine with it. I can hit Play Now on the TouchTunes, if we’re dealing with two bros battling over pop country and System of a Down tunes like two sociopaths.

The brewery on the other hand, it’s usually some soft boi indie rock and friends, that ain’t my vibe. I didn’t like Steely Dan then and I don’t like them now.

I want to drink somewhere dark with an element of violence, a bartender who openly hates everyone not leaving a dollar per drink, not a "beertender."

I also do not want to drink with your dog.

Get a personality, and leave your friendly dog, Marco Polo the Pitbull, at home. I love dogs, but I don't want to drink with them. Anywhere you're allowed to bring a dog automatically makes me want to go home, and this counts for bars, and I live in Austin, where you can bring a hound to the dentist. Leave the retriever at home, Mr. Zoological Expert.

Also, stop calling them fur babies. What's wrong with you?

Also, yeah. If we're out and drinking beers, everyday people are trying to tie one on, not sniff the glass for "notes of sandalwood."

Photo by Elevate on Unsplash

Suppose there was a bigger go fuck yourself scenario, in that case. It's gotta be some broheim in a Colorado hat drinking an IPA and talking about crypto, which is happening across America and also making every woman's vagina shrivel inward.

I have seen a grown man take a lungful of scent from a glass of beer. Like, inhale it and let that inform his experience. One time, I heard a guy say, “no, I don't want a domestic. I drink real beer.” And that’s why we're here.

While we're laying waste to these stupid retrofitted warehouses with goofy names, what the fuck is wrong with me liking Pabst Blue Ribbon or a Lone Star? If one more guy in plaid shorts sighs when I order a regular-ass beer, they're getting stabbed with a coaster shiv.

And I don't want to order a beer flight. If I do and you snicker because I didn't do it in order, die in a fire. I also don't care about your opinion on what tastes good.

I'm here to catch a buzz, not become a brewmaster.

You know what else sucks? The sound of some big Jenga tower crashing loud as hell and scaring the shit out of everyone.

If you see me out, I never want to go to a brewery.

I don't want to try a flight. I don't want to sit anywhere bright that has a playlist of 90's hip hop to make everyone in the room feel cool because they get the Wu-Tang Clan references on the beer labels. I do not want to go to special little concerts or wait in line for anything.

I want to sit in a dive bar, argue about rock and roll and drink myself insane. I am not invited to your birthday party, and I don't care.