Predictions For the 2054 NFL Season

By Bob Eckstein and R.D. Rosen 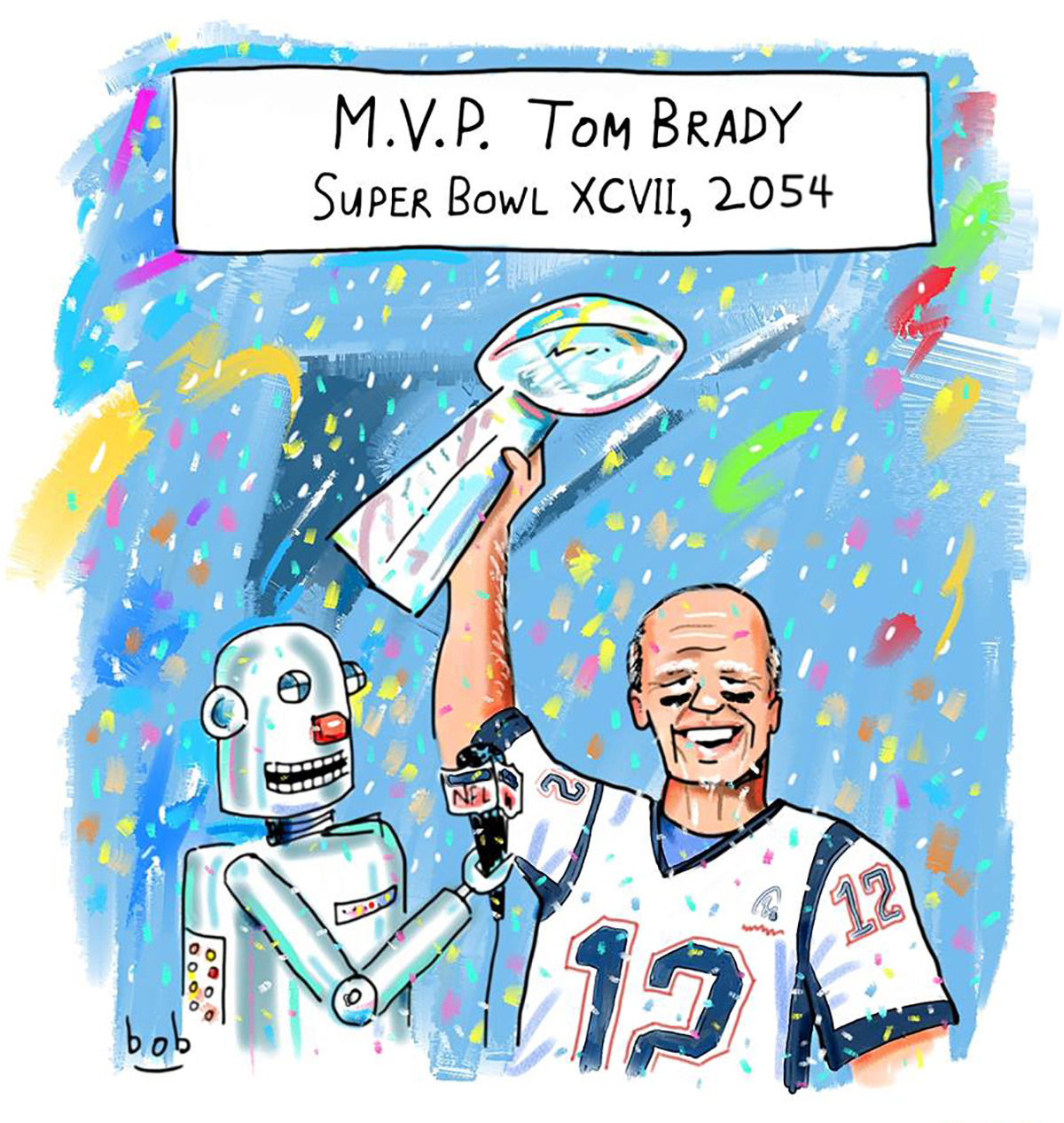 Every prognosticator with a microphone or blog is parading out their picks for the upcoming 2022 NFL season.

Here are my predictions for the 2054 NFL season:

There are a lot of offensive teams in this division and climate change has the most of the division’s venues underwater and playing their home games once again on Zoom, but the Real Housewives of Atlanta are the real deal.

The Los Angeles Botox can’t catch a break as their new stadium on stilts got wiped out during the off season by the Great Earthquake of 2053.

The Angry Mimes won’t be doing their hysterical touchdown dances enough to overcome the ExPats in a division that leads the league in penalties because nobody knows the rules. Tom Brady claims this is his last season so expect him wanting to go out winning his 24th straight Super Bowl.

This division has been ravished by political correctness and ligation, but this year we give the nod to New York and its rookie sensation Alianna Manning, Peyton’s great-granddaughter.

The expansion team Glaciers got their pick of the best players from the defunct AFL and correctional center draft. The only thing that could knock down the Glaciers is that five of their starters will be slowed down by ankle bracelets.