A Love Letter to the Heart of Comedy

Does Comedy Even Matter?

Lately, life has felt like the hands of a murderer’s leather gloves grasping for the airway.

For the last two years, everything’s been a series of minor defeats.

It doesn’t matter that Trump is out of office, his people are still as insane as ever for their vision of an America sitting in a tub of bloodsoaked dollars, but just the same, the left is agonizingly inept with their empty promises and hollow agendas.

Believing in either side of the political hellscape is a pinky swear promise made with the shadows.

Student loan debt isn’t deferred. Big corporations are still making truckloads of money by the click. Most mainstream media is nothing but a propaganda machine grinding the bones of morality for outrage and mistrust.

There’s a straightforward narrative of Marry, Fuck, Kill with our social fabric.

We’re running out of condoms for emotional stability, so we’ve decided to raw dog our senses because living through this shit, we could use the Matrix.

Even if chief alien Zuckerberg is working on doing just that, as he siphons the plasma from our souls, one bad drunk kiss at the bar at a time.

Going into 2022, we’re watching some new strain of COVID out there infecting people even though they’re vaccinated like we’re living through a horrible b-movie, and we’re stuck in the middle part where the zombies just keep-fucking-coming.

It’s like we’re all looking at one another, whispering, “take it nice and slow, don’t touch anything, be real cool, ok?” 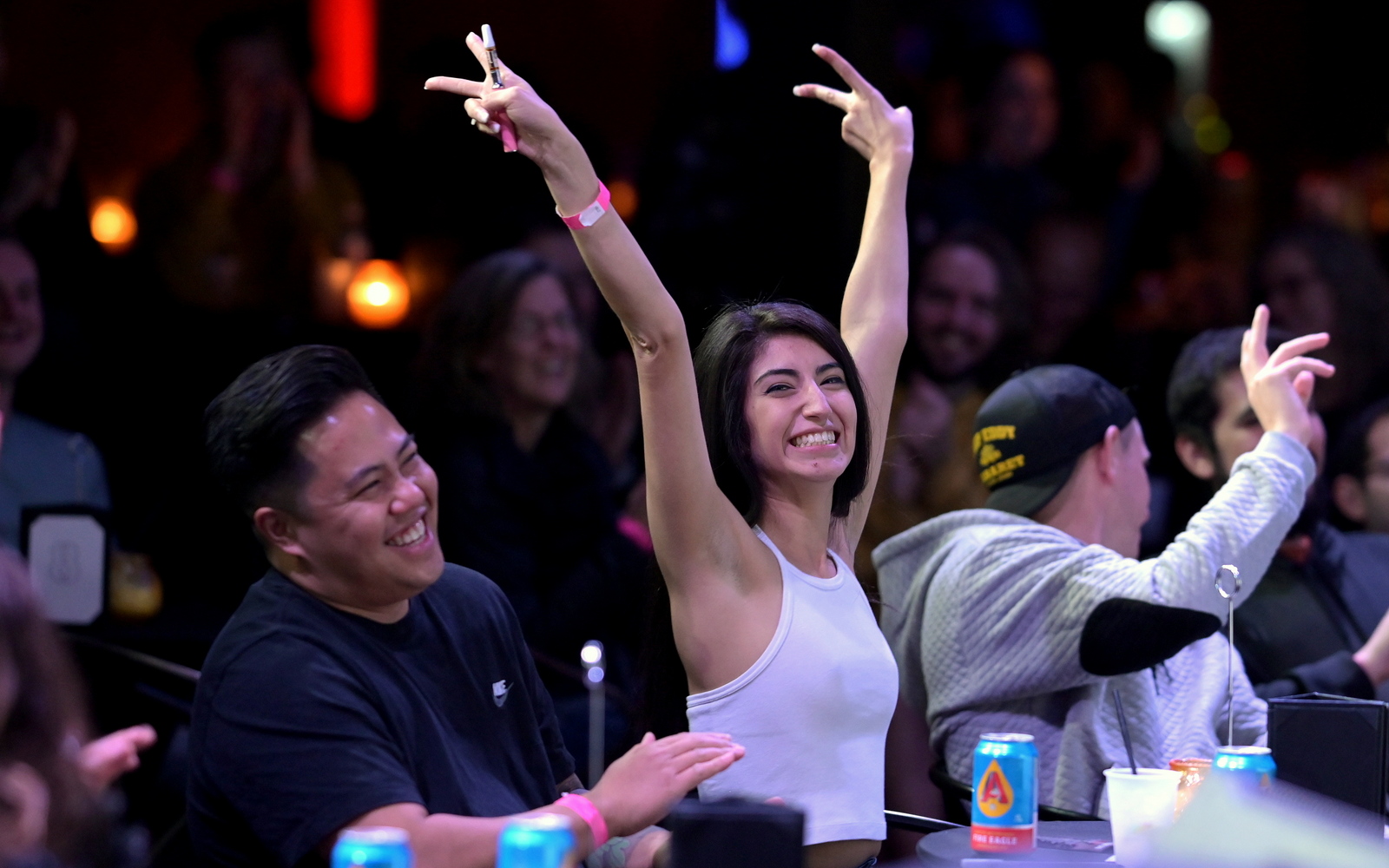 Comedy is the salve we need.

We’re emotionally tired, and we’ve collectively experienced a trauma that repeats like GroundHog Day. Comedy helped get us through what we’ve been feeling, one day maskless, wanting to make out with the world, while the next, we’re wondering if we should cancel Christmas with grandma for another year.

Remember that first time back out, drinking a beer with friends, talking shit without a mask, when people relaxed the rules, and then boom – we’re back to arguing about who’s gotten a shot and who hasn’t.

And with those conversations come the jokes, comes the observance of our reality, because look around, we’re swimming through the ridiculous.

Comedians are our shaman, our soothsayers, and truth-tellers. We need their magic bones and tea leaves.

Without their willingness to lay on the swords of paid narratives of the big machines working around us to buy more and think less, their ability to make us laugh is the medicine we need.

We want to hear the jokes that sting. We want the roasts, the callbacks to what stupidity happened in our world last week.

Comedy saves us one night at a time.

We need the jokes that make hearts skip, that make tables debate walking, that make people look around, nervously waiting to hear others’ laughter as a vehicle to let go.

We need those moments of perfect, beautiful brutality that telling a joke with no remorse offers a slice of sanity while everything is up for grabs because the lens in most other places is scratched up and barely holds focus.

I’ve seen comics get more daring, more ready to attack the systems in place, but also work toward dismantling the new norms some groups have set as their set pieces of social value.

Comedy is a platform where we can stick the fork in the light socket and not die. The thrill keeps the machine going.

It allows people to laugh, belly laugh, and let go, even if it’s for a second.

Jokes matter. They provide us with humanity; they tap into the thoughts we won’t share and give us a break from watching what HR offices or dating apps deem inappropriate.

Hopefully, we’ll see more breakthroughs in fighting for a life that’s balanced, sane, and reasonable, but that’s one idiot’s optimism.

I see the comedians out there working on material, taking chances, daring the audience to put down their emotional weapons, or asking what does being “woke” do for you or anyone?

I hope they keep swinging for the fences like the corpse of The Great Bambino, Babe Ruth himself.

Comedians dare us to wonder what tomorrow looks like if we’re not paying attention.

We need comedy more than ever.

The world is a lot scarier without people smiling in the dark.

Support your scene. Get out and laugh as much as possible in 2022. We're going to need it.