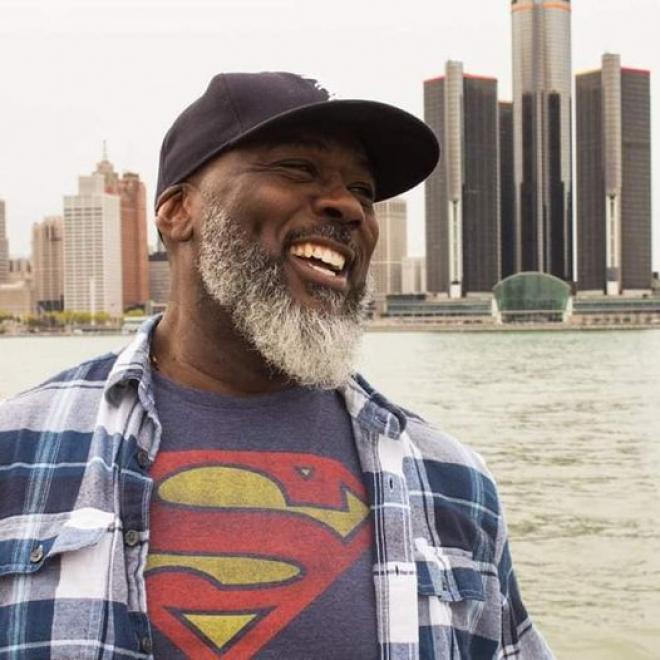 As an Ivy League dropout and community college graduate from Pontiac, MI, Mike Geeter brings a pointed look at life, family, and relationships that few others can…or should. From his upbringing in a family with 17 children to discussing his life as a father, Mike’s comedy is jagged wit mixed with a smooth delivery. Mike has worked in some of the finest comedy venues in the country to work with mainstream comedians as Kevin Hart, Hannibal Burress, Jim Norton, Artie Lange, Rickey Smiley, and Natasha Leggero to name a few. Mike was featured on Fox Television’s comedy showcase “Laughs” (Season 1) and the Detroit episode of “Kevin Hart Presents: Hart Of The City 2” on Comedy Central (Season 2).