There are some comedy shows you should never miss. This is one of them. Annie Lederman, one of the funniest comedians in the world, is coming to Austin, TX to play 2 shows in one night at the world renowned Vulcan Gas Company.
Grab your boo thang or get a date off an app or bring your grandparents. Annie is perfect for everyone.
Don’t miss the show. Get your tickets now!
Doors at 6:30pm | Show starts at 7:30pm
Watch Annie Lederman
More about Annie

Annie Lederman is a standup comedian, podcaster, writer & actress. She is co-host of the hit podcast TRASH TUESDAY’s along with Khahlya Kuhn and Esther Povistky. When she isn’t hosting her own podcasts she is usually chatting with her best friends on theirs. She can regularly be heard on THE JOE ROGAN EXPERIENCE, THE CHURCH WITH JOEY DIAZ, WTF WITH MARC MARON, among many others.

Most recently Annie can be seen featured in Showtime’s hit documentary miniseries THE COMEDY STORE alongside Jay Leno, David Letterman, Joe Rogan, and many other Comedy Store legends. Additionally, Annie has been seen or heard on all your favorite TV networks including Comedy Central ( LIGHTS OUT WITH DAVID SPADE & THIS IS NOT HAPPENING), MTV (GIRL CODE) , E! (CHELSEA LATELY), & TruTV (COMEDY KNOCKOUT, THE SOUP INVESTIGATES, & ADAM DEVINE’S HOUSE PARTY).
After Chelsea, Annie hosted her own short lived pop-culture talk show WE HAVE ISSUES. Additionally acted alongside Ron Livingston in the 2017 Cannes darling THE LONG DUMB ROAD.

But wait…that’s not all! On the writing front Annie starred and wrote, STAND UPS, a scripted Comedy Central pilot, produced by Dan Powell (co-creator of INSIDE AMY SCHUMER). She also wrote for IMPRACTICAL JOKERS as well as BORAT. Additionally she was a producer and writer on Sacha Baron Cohen’s Showtime series WHO IS AMERICA?

Lastly, but probably most importantly, Annie is a paid regular at The World Famous Comedy Store where she can be seen performing alongside all the legends in the game. Come to a show and see what all the fun is about for yourself! 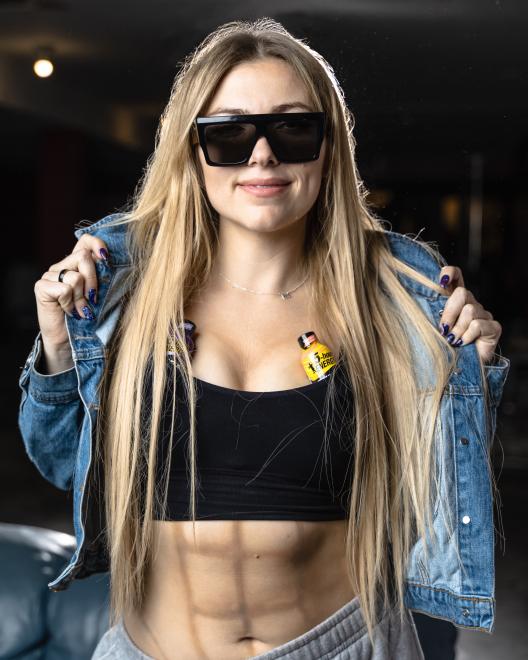