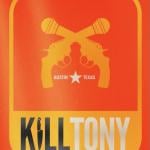 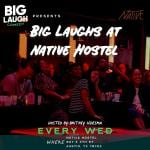 Are you ready to laugh your asses off with a comedy legend?
This man doesn’t need much of an introduction. You know him from years and years of traveling the world making everyone laugh.
You know him from his interviews on The Joe Rogan Experience. You might even remember him from The Chappelle Show (which you shouldn’t watch until CC pays Dave).
The one and only Donnell Rawlings is coming to the stage in Austin, TX to headline two unforgettable nights at the Vulcan Gas Company on May 22nd and 23rd.
Don’t hesitate, grab your tickets before it sells out.
Grab your table (mostly 6 per table, some 4 tops and 2 tops) before you are stuck wishing you had. Get them now!
More About Donnell
Donnell is touring the world performing to sold out audiences with his new show, 2Soon with Donnell Rawlings. He can currently be seen on season 2 of the hit Netflix series: THE DEGENERATES and on his brand new Podcast: THE DONNELL RAWLINGS SHOW.
Donnell also just shot a role in “The Jay and Silent Bob Reboot” film and is starring opposite Kevin Smith in “Hollyweed.” He has appeared on “The New Negroes” for Comedy Central, on Netflix in “Historical Roasts with Jeff Ross” and is recurring on the new Emmy Nominated series “It’s Bruno.” Rawlings was on The Joe Rogan Experience Podcast and was featured on TBS’s “The Last OG” with Tracy Morgan.
Donnell hosted his own show as Judge Rawlings on MTV2’s “Guy Court” and was also a cast member on MTV2’s “Guy Code.” Donnell showed his range and opened up about his life as a new father in the first season of TLC’s hit show “Project Dad.”

Donnell continues traveling the globe performing alongside Dave Chappelle where he broke out as ASHY LARRY on "Chappelle’s Show" for Comedy Central.
Watch The Donnell Rawlings Show Podcast - https://www.youtube.com/channel/UCnXf59H6e99fQpWYM5uvEQw
Watch Donnell's latest episode of The Joe Rogan Experience here - https://youtu.be/C7t_LxpzYTg
Instagram - https://www.instagram.com/donnellrawlings/
Twitter - https://twitter.com/donnellrawlings
Ticket Info:
- Tickets are sold per table with a minimum 6 people for most tables, limited amount of tables of 4 and 2’s
- You can pick your tickets and the table you will be seated
- Next to each ticket is a layout of the venue and where your tickets will be located
- There are special VIP tickets that get you closer to the stage, allows you to skip lines, and get special service
- There are no refunds
- You must wear a mask into the club and when going to the bathroom
- If you refuse to wear a mask, you will be asked to leave
- No heckling or videos during the show, if you cannot play nicely you will be asked to leave
- Make sure to have fun and be respectful during the show
Grab your tickets before you are stuck wishing you had. Get them now! 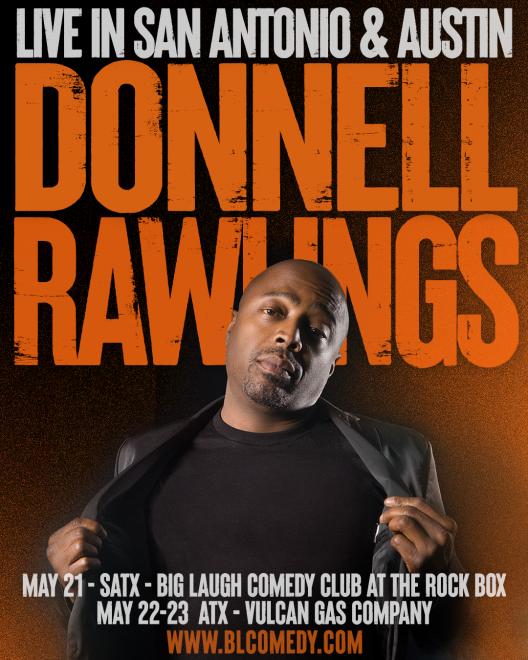