Are you ready to laugh with one of the funniest comedians in the world?

Jessimae Peluso is coming to make y'all's sides hurt from all her hilarious material. You might have seen Jessimae on The Joe Rogan Experience, Andrew Santino's Whiskey Ginger and now she has a brand new show on Netflix dropping this month called Tattoo Redo.

You seriously don't want to miss this show. Jessimae is bringing the heat.

Grab your tickets now! More info on Jessimae below.

In July 2021, she will make her Netflix debut as the host of the wild new show Tattoo Redo. Weekly, she can be heard hosting the Sharp Tongue and Highlarious podcasts – both are available on iTunes, Stitcher, SoundCloud and Google Play. And you can watch her LIVE every Wednesday on her Instagram and Facebook show Weedsday, sponsored by High Time. On the digital series, Jessimae interacts with her fans by answering questions and raising awareness (as well as donations) for Alzheimer’s Disease, which her father was diagnosed with in late 2017.

Jessimae has been featured in the Moontower Comedy Festival, New York Comedy Festival, Boston Comedy Festival, North Carolina Comedy; Arts Festival, and Just For Laughs. Additionally, she has contributed to Cosmopolitan Magazine, High Times Magazine, DOPE Magazine, Self Magazine, GQ.Com, Playboy.com, MadeMen.com, and was named “one of the funniest comics to follow on Twitter” by The Huffington Post. 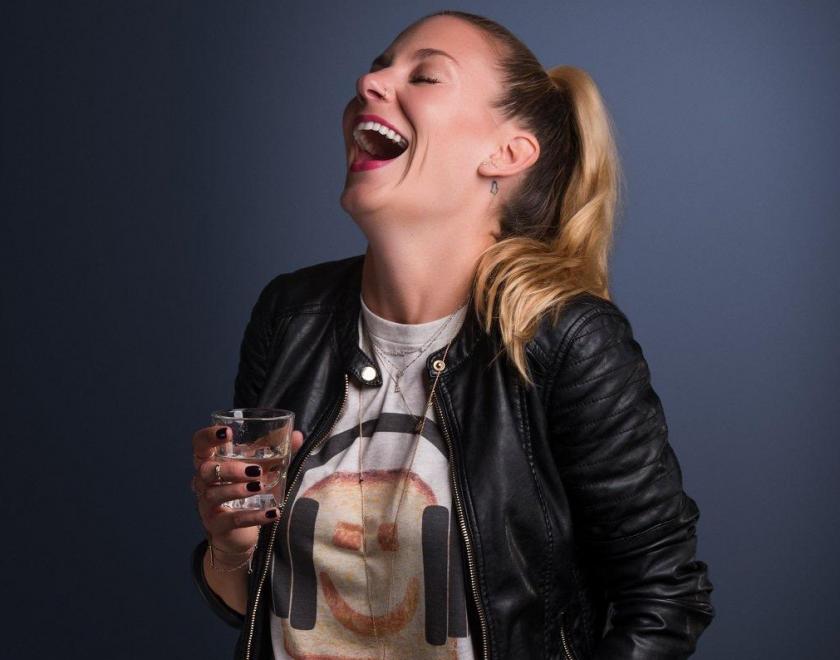