Shelter is a comedy showcase full of dark humor, a place to take shelter from the real world, social media, wokeness and just to come out and laugh. Shelter Part Deux features comics from NYC taking shelter in the rising comedy scene of Austin, Texas.

Gina Hyena also features some of her favorite local Austin businesses - be sure to come early for a pop up shop by Austin's own Vintage Perks ATX- a thrift shop that offers curated pieces by old school rock bands and nostalgia inducing threads.

A unique blend of NYC and Texas comedy is sure to make this a fun night!

Shelter comedy takes place in NYC and ATX, featuring up and coming comedians that live in the nation’s comedy capitals and tour the country. Put your phone down, take the night off from seriousness, and come out and laugh.

Gina Hyena is a young comedian that started comedy in Austin, TX. She currently resides in NYC and is networking up and coming comedians in both cities. She can be seen performing all over the country and on Kill Tony, Sirius XM, and Compound Media. 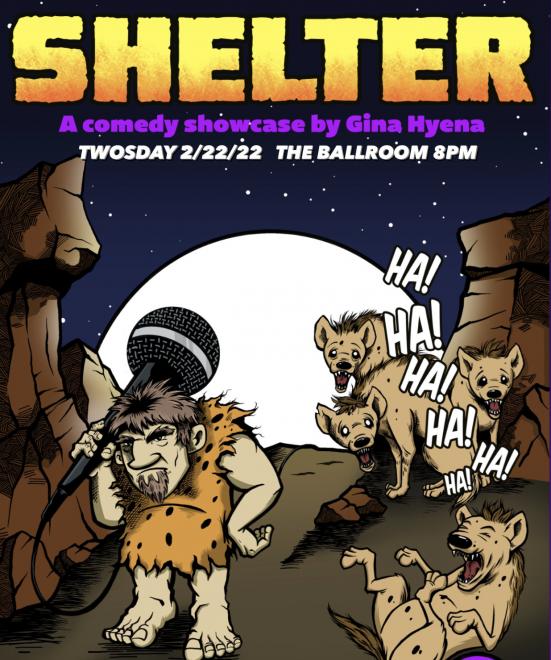