Ryan Joseph, the U.S. Comedy Contest Winner from Los Angeles,  knows he’s sick, but only in the head. And maaaybe in his jokes. But at least he knows it, so we let it slide. Besides, they are some of the best jokes around if you like dark comedy.
Come watch an entire showcase of his favorite dark comics from Austin, New York and LA. Every comic on the show has been given a proper psych evaluation to ensure nothing but the mentally ill will be performing. Basically, comedians. But cherry picked.
Disclaimer: This show is not for the faint of heart or those easily offended.
“One does not become enlightened by imagining figures of light, but by making the darkness conscious.” – Carl Jung

Comic with the best 9/11 joke of the night wins! 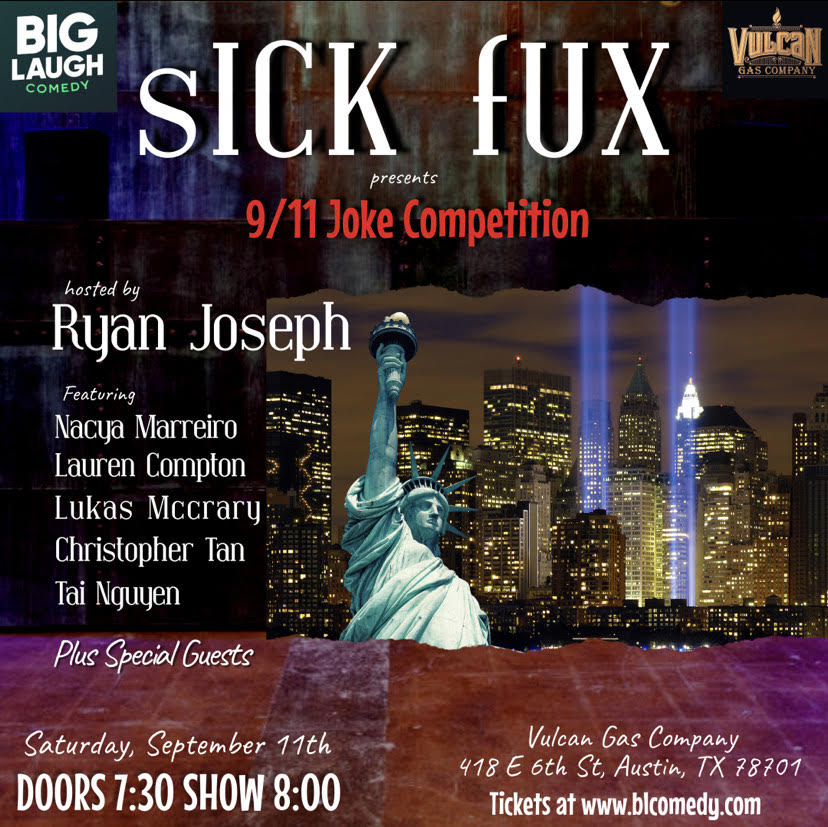 - Upon entry to the venue, your phones will be locked in a Yondr bag