Solid Comedy Show with Deric Poston and Ehsan Ahmad is a comedy show with Deric Poston and Ehsan Ahmad (and guests)
Deric has appeared on many major podcasts like Flagrant with Andrew Schulz and Akaash Singh, King and The Sting and Kill Tony. Ehsan Ahmad has appeared on Kill Tony and promises he had absolutely nothing to do with 9/11 ;) Both of these killers are Comedy Store Friends and Family!
Join us as they bring together some of the best comics from around the country to Austin’s premier stage
Doors at 9:30PM | Show starts at 10PM 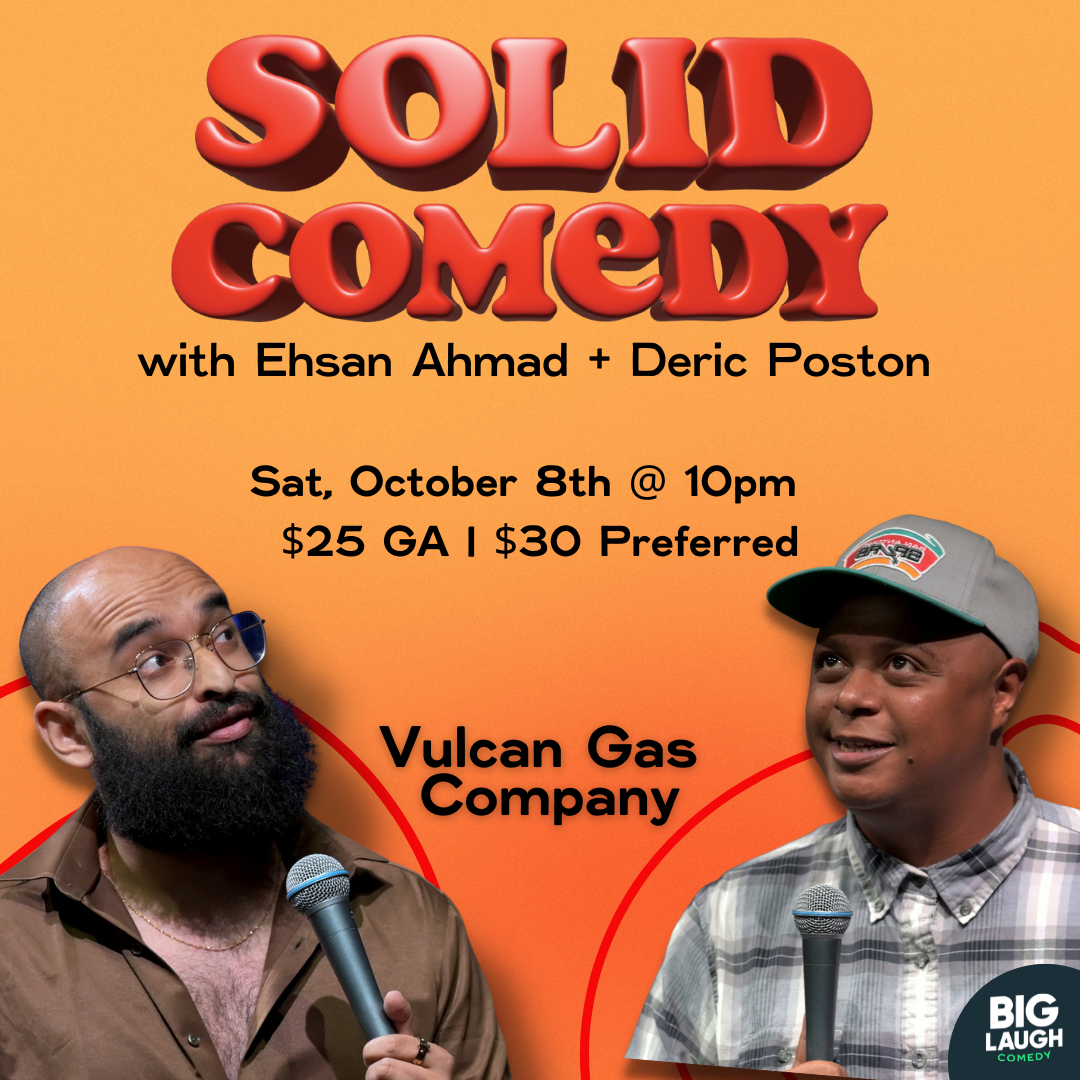