Who's Hot In Texas 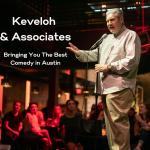 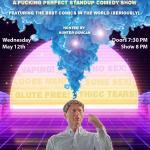 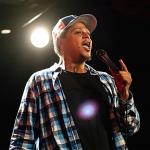 Do you love laughing ?

Of course you do. Only the insane people don’t like to laugh.

Since you are a sane person, you are going to love this show. It’s a stand up comedy show with some of the hottest (up and coming, not COVID positive) comedians in all of Texas.

And when we say hot, we mean they are so funny that national touring comedians are personally requesting them to be on their shows.

These comedians aren’t just being requested to feature, but You might have seen them on TV or on the internet. What you don’t want to miss is seeing them live in Austin January 21st at 8pm.

This is your chance to see some of the funniest Texas based comedians all together on one stage.

Get your tickets now! It’s a socially distanced show, you must purchase a table. Tables start with a mixture of minimums of 2’s and 4’s. All tables can fit up to 6 people. You can add additional tickets upon checkout.

Doors at 7:30pm | Show at 8pm
Watch Some Of The Comedians
Dustin Ybarra 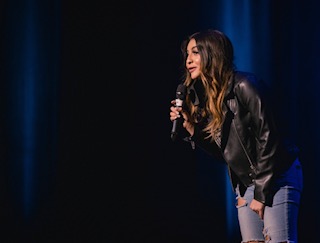 Ana Buenrostro is a Dallas based stand-up comic born and slightly raised in Guadalajara, MX.
She began her career in standup comedy at 21 years old and, 5 years later, she continues to make questionable decisions.

With her multicultural upbringing, Ana provides a unique perspective to all of the topics she approaches in her act, recounting her experiences with dating, working and living as a young millennial in America.

She currently works at comedy clubs all over the nation and has worked with comedians such as Beth Stellings, King Bach, Big Jay Oakerson, Mark Curry, Gary Owen, Noel G, and more… 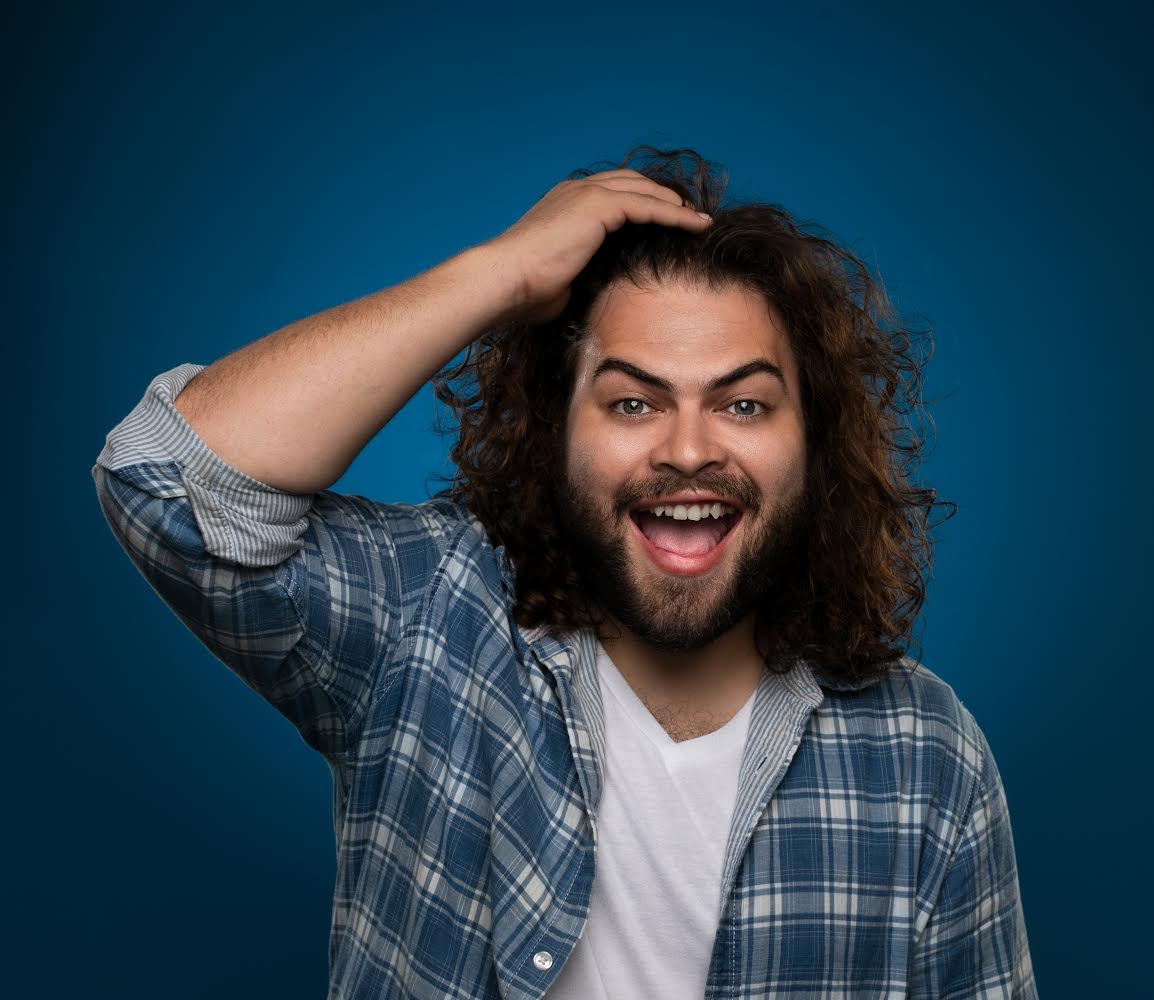 Dustin Ybarra was seen most recently in recurring roles on the ABC series "The Goldbergs" and the CBS series "Battle Creek". Other television credits include a recurring role on the cable series “Californication” “Stand-Up Revolution” and “Live At Gotham.”His recent film credits include “Hop ” “We Bought a Zoo ” “Gay Dude” and “21 & Over.”

Ybarra began his comedy career as a writer and performer in the online comedy troupe “Sucker Punch Comedy.” 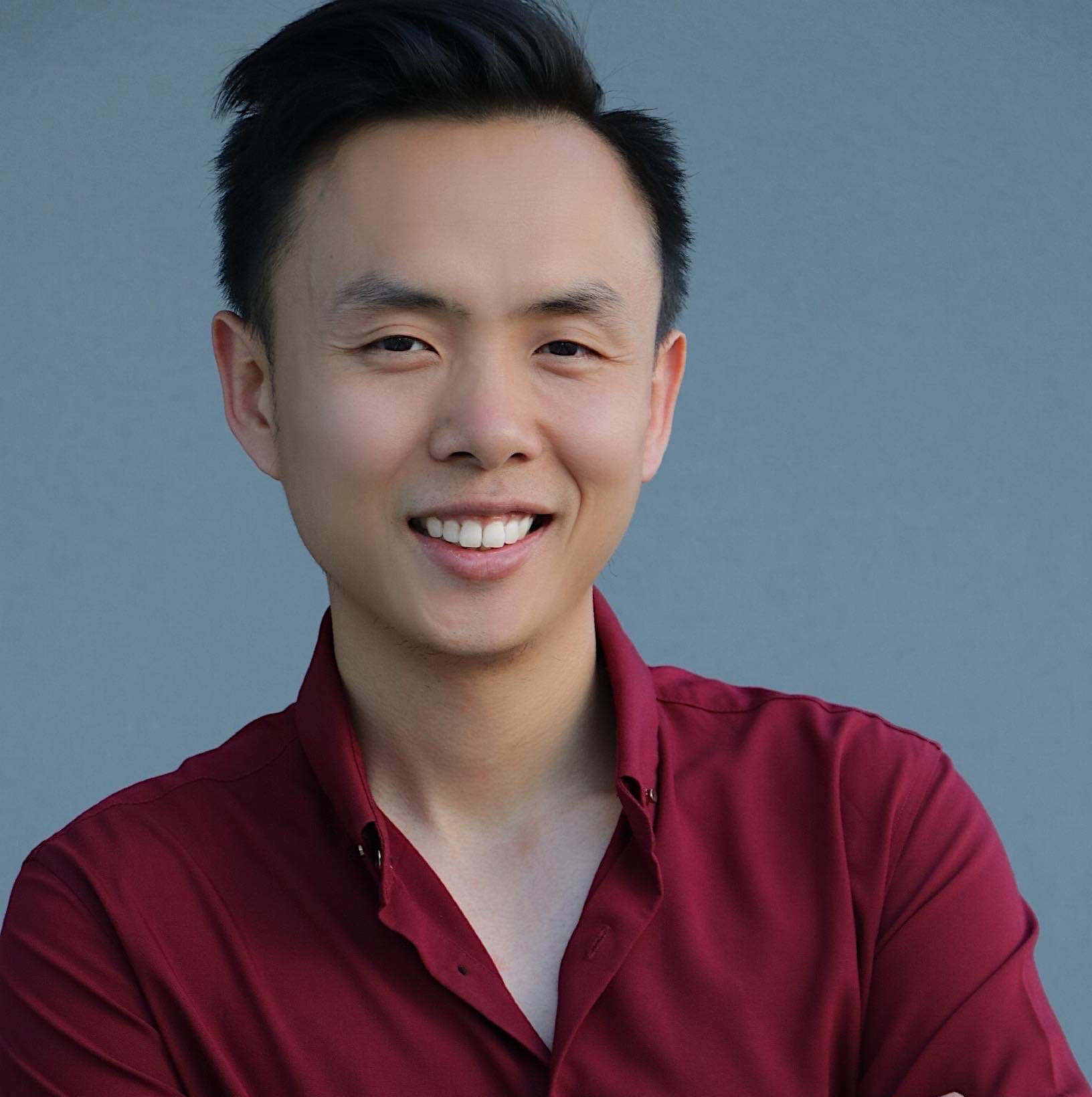 Peng Dang was one of the top ten finalists in the 2019 Funniest Comic in Texas competition. He's worked with many prominent headliners including Silicon Valley's Jimmy O. Yang, Kill Tony’s Tony Hinchcliffe and America's Got Talent's Finalist Vicki Barbolak. 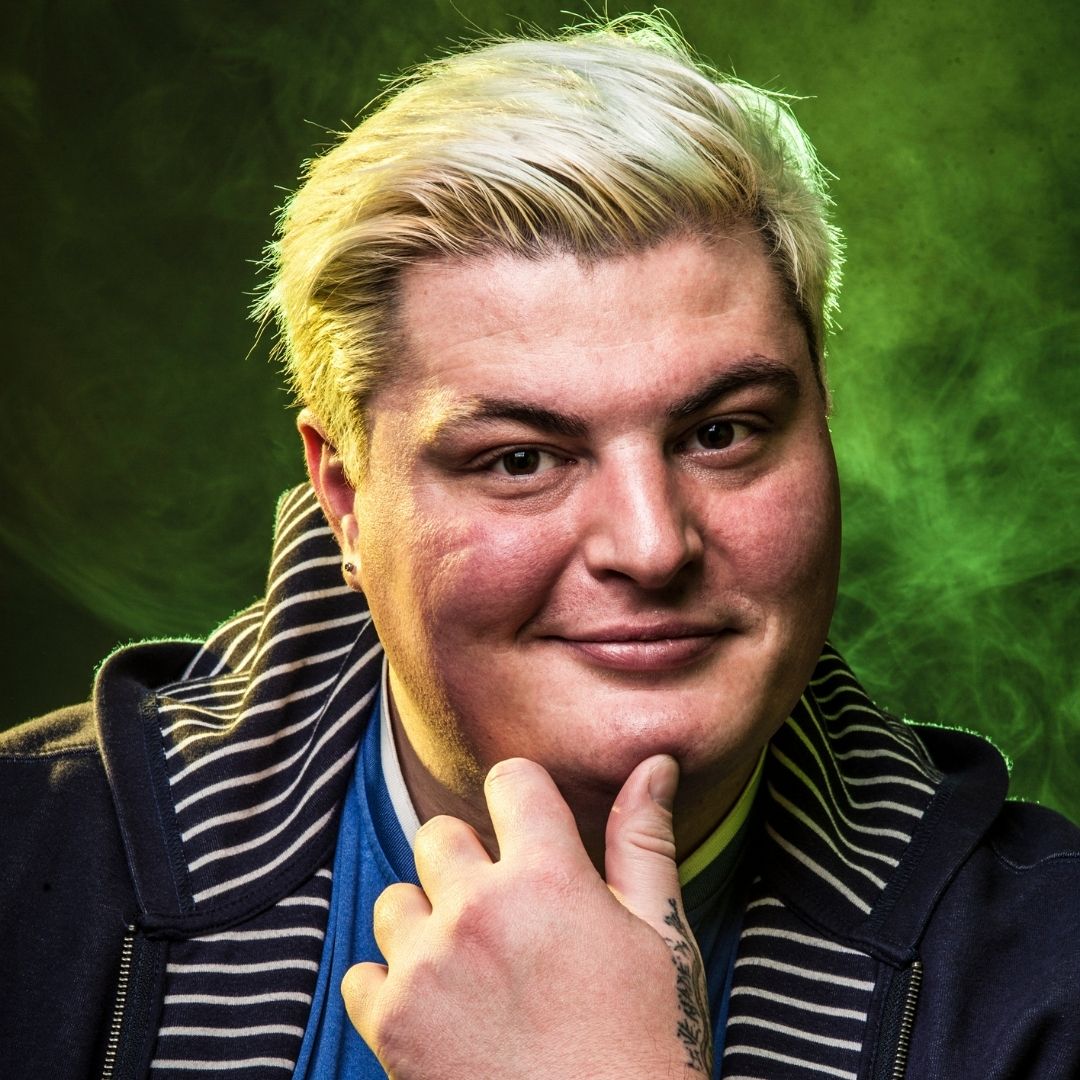 Mike Eatonis what happens when the Teletubbies grow up. A walking ball of joy, ready to bring you giggles and sneak attacks of acerbic wit. He is the cohost of the Giggleboys Podcast and most recently moved back to Austin from LA to hop on that super rare bandwagon. 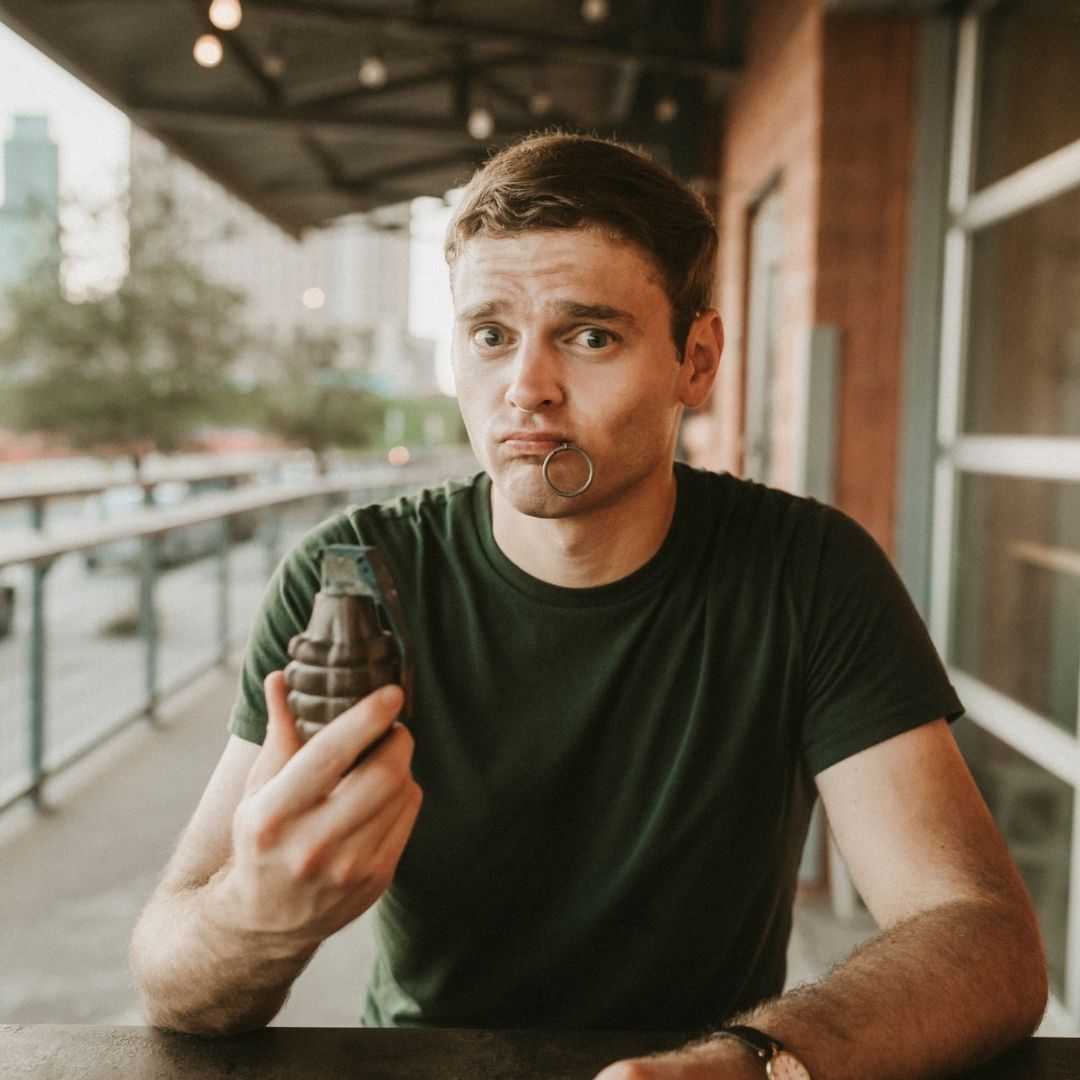 Hunter Duncan is a feminist from the South. You might have seen his stand up on Comedy Central. He finished 2nd in the 2019 Funniest Person In Austin contest. 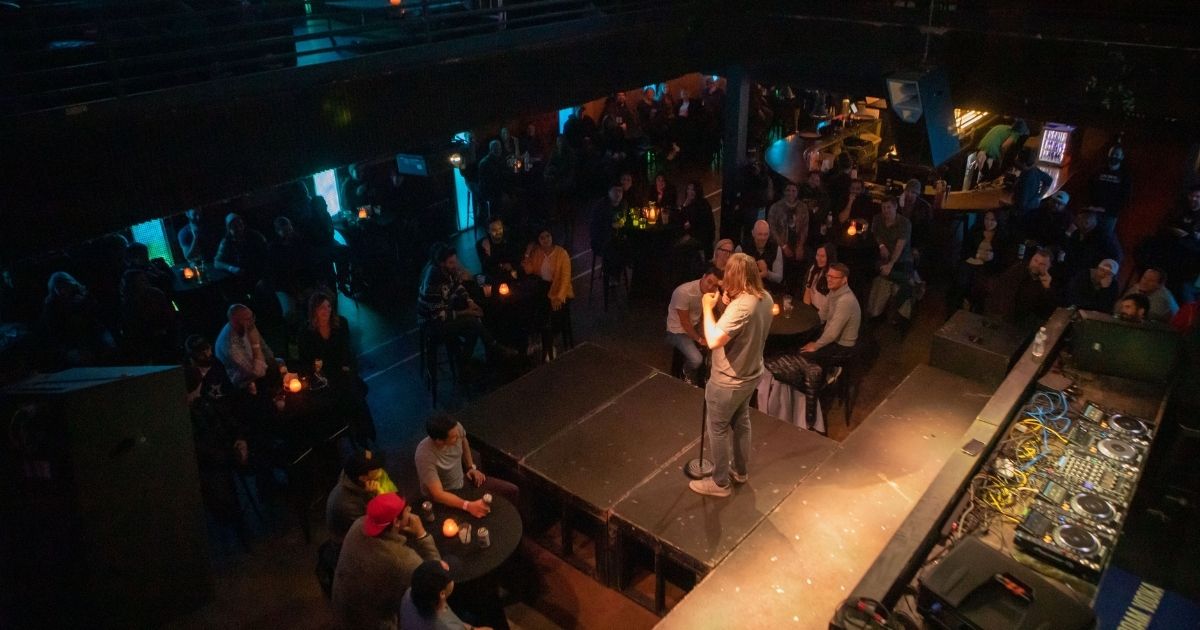 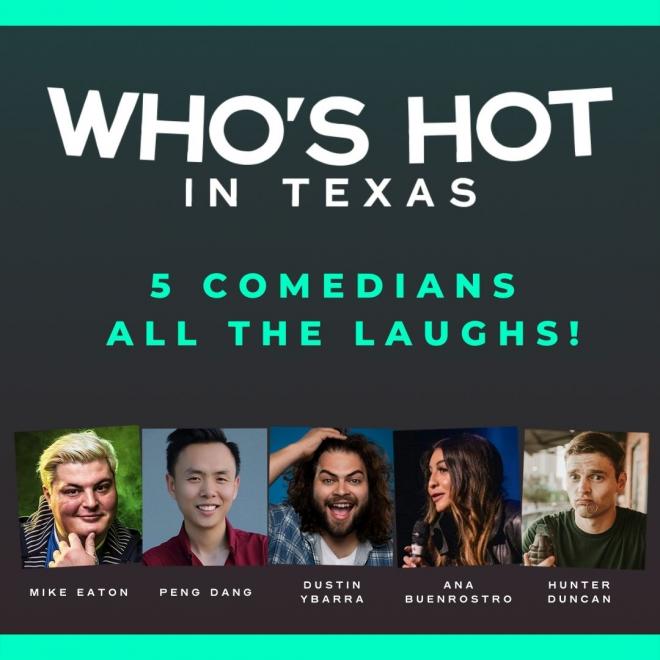