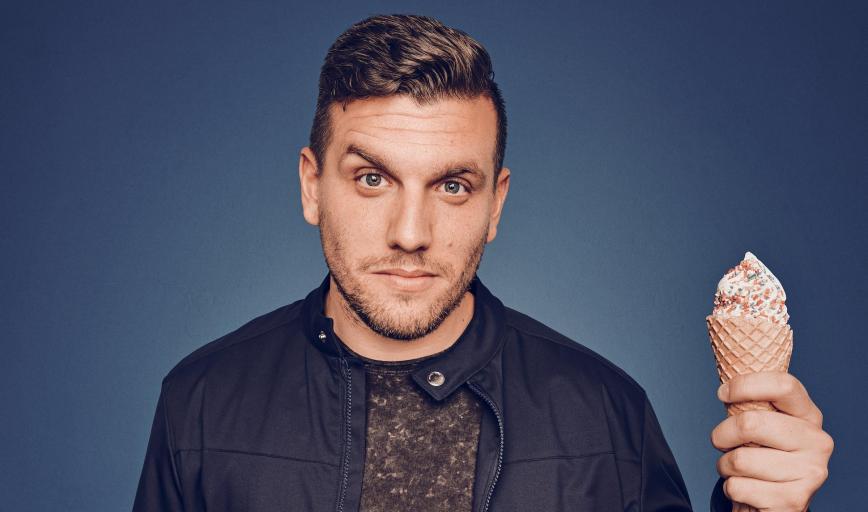 Chris Distefano is coming to Austin on January 14th-15th to make you laugh your asses off. You don't want to miss this!

Chris first burst onto the scene as a standout on MTV’s talking heads franchise Guy Code/Girl Code, with PopSugar naming him the “funniest guy on MTV.” He went on to star in the IFC series Benders and serve as co-host of Netflix’s Ultimate Beastmaster. He also recently starred in and Co-Executive Produced the Sony/CBS pilot Distefano, based on his life and written by Carter Bays and Craig Thomas, the creators of How I Met Your Mother.  Premiering in July 2021, Chris is hosting Backyard Bar Wars, a home renovation series for the WarnerMedia cable network.

With his first hour standup special premiering, his popular TV series extended, and an overall deal with Comedy Central, Chris has become a favorite with audiences and industry insiders alike.

In addition to his first special and the extension of his series, Comedy Central just signed Chris to an overall deal for exclusive on- and off-camera services, as well as a first look at content created/developed for any platform. The pact encompasses several projects already in development, including a second hour-long stand-up special, an animated series, and an unscripted series. He also co-starred in the web series Bay Ridge Boys alongside fellow comic Yannis Pappas.  Also with Pappas, Chris co-hosted the popular weekly history podcast HISTORY HYENAS, which is available on iTunes and Riotcast.

Currently, Chris is co-hosting the “HEY BABE!” podcast with Sal Vulcano on YouTube.  Also, he has his own podcast “CHRISSY CHAOS” on Patreon and YouTube.