Comedy as a Low Art? I Don't Think so

We stand in awe of what The Beatles did with their short but incredible career.

There are countless books, documentaries, and films dedicated to the Fab Four. Millions discover the band annually, giving the kids from Liverpool life long after their breakup - before Tricky Dick slithered out of the Oval Office. That's the power of music and how we put it on a pedestal high into the heavens.

The same goes for Hollywood. While popular taste changes and movie stars fade into the ether, classic movies never die. In 100 years (if humans don’t fuck it up), people will still talk about The Godfather and Star Wars.

People will be married to robots and live in space towers, but there's a chance that "I'll make him an offer he can't refuse" will still be in the zeitgeist.

We have museums dedicated to the impact of Picasso, Monet, and Kahlo.

Their art will remain dissected, considered, and given a continual talking point through future decades. Through the chaos of the Surrealists, or the challenging narrative of how Basquiat changed art through the 1980s, color-splashed on wood and paper is an everlasting theoretical conversation.

And then there's comedy.

Comedy has been around dating back to the jesters of an era when people were beheaded for disagreeing with a king.

In the 20th century, America took the art form and gave it a rocket launcher, and aimed it at the face of social norms. Comedy changed everything – from spilling bedroom secrets to how the police aren't afraid to rap a nightstick against the side of a head. The end of the vaudeville comic was nearing an end, the well-mannered psychos were coming, and they'd been thinking.

But we’re yet to catalog the impact of Lenny Bruce or how The Smothers Brothers, a comedic variety show that tested the limits on social commentary through comedy.

The Academy Awards don’t have a best comedy category.

The Grammy’s do. The Golden Globes do. But up until a few weeks ago, there was no Comedy Hall of Fame, not until Netflix created one, whatever that means.

Against other forms of popular art, comedy doesn’t receive the same treatment, but instead is viewed as this “other” performed at night, in the shadows, and always with a two-drink minimum. 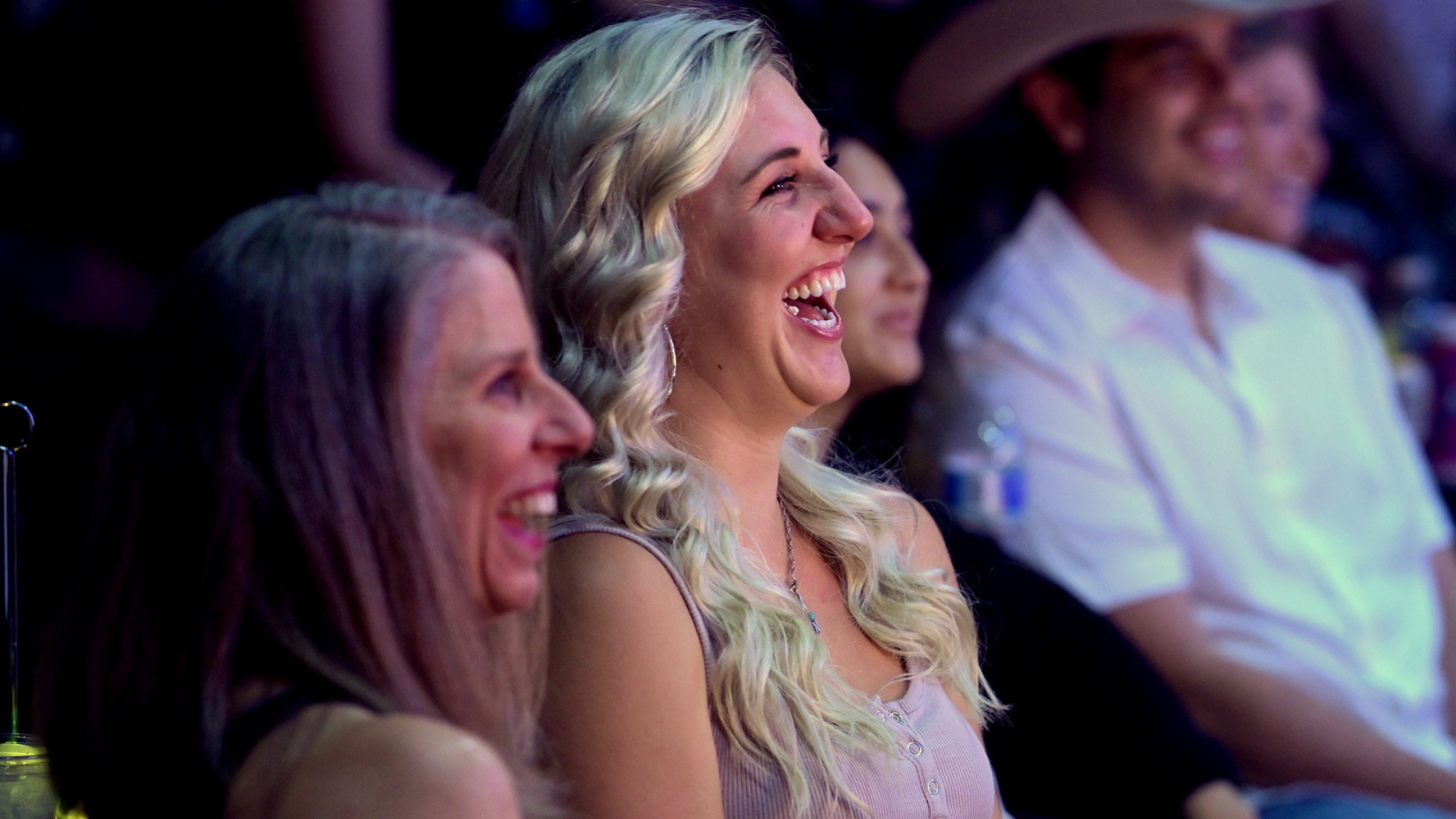 Why is comedy considered low art?

We love Monty Python and the Holy Grail. We love books by Samantha Irby. But neither win awards because they're funny. Writing good comedy is hard. Like, real hard.

I'll give it up to Cormac McCarthy or Flannery O'Connor for ripping our hearts out with dramatic flair. They give us words to ache over, but damn, do you know how tricky it is to land a joke from something that happened a day ago?

No matter the shape or size of tragedy that befalls the United States, there's a comic on a stage making a joke within hours of it happening.

Some scientists believe laughing is a coping mechanism, a psychological processing point that helps us deal with conflict and confusion. Comedy works internally, like when something terrible happens. Things that shouldn't be funny, can be funny.

Comedy exists to spread laughter, to make people feel human in a fucked up existence, no matter the decade. In a timeline as dark as this one, it's the salve against the creeping realism of how screwed up the world is hourly.

It's been documented that soldiers of multiple wars told jokes to keep sane in the foxhole, just as those at the gallows uttered their last words in the form of a joke. We need to remind ourselves of the ridiculousness of the human condition.

Humor is the thread that binds us.

Charles Darwin studied the cries of tickled chimpanzees, wondering if their enjoyment was close to human laughter. Freud wanted to know the origin of funny, and the great Greek philosophers Aristotle and Plato mused about why we laugh and why it nourishes the soul.

We've seen masterful work come from Dave Chappelle, whose comedy has held up a mirror into the minds of the country. His observations serve as a flashpoint between social uprising, street politics, and how we see ourselves within specific communities. Chappelle dropped some serious science, but no matter how deep the rabbit hole of our dysfunction goes, he keeps us laughing. And with every special, his thoughts become national talking points.

Why does comedy live in the basement?

Saturday Night Live is an institution. Kevin Hart is a movie star now. There are multiple comedy festivals. Montreal has whole buildings built for the Just for Laughs festival, which comedians of all genres and sizes flock to and have for decades.

Comedies are never nominated for Academy Awards. People retell jokes they hear or try to explain plot devices, but you sure don't listen to them talking about when the guy broke the chick's heart, and she drinks herself to death on their marital bed.

Comedy shows us our true selves, for better or worse.

Comedy takes the absurdist points in our lives and to find victories over the unpleasant. It's a voice that punches up, not down. It’s a megaphone to challenge contemporary society and those in charge.

The world is a dumpster fire, and our politicians don't make it hard to laugh at their buffoonery.

George Carlin taught us to think critically. Carlin was parroting the points brought forth by Howard Zinn and Noam Chomsky, but with a lot more dick jokes laced through his explanation of continual systematic failures. His views on guns, abortion, voting, and general United States fuckery still trend, fourteen years after death.

When Jon Stewart hosted The Daily Show, millions flocked to hear Stewart roast both sides of the aisle for their despicable behavior. Comedy can change opinion because it pulls back the lips away from the teeth of the monster.

When people get together in a room, their minds are open; people are ready, and they want to laugh. There's palpable energy trapped in the air, its a shared experience, which the comedian volleys into the ether, allowing for personal experience to act as a touchpoint.

When their jokes land, people lose it. It's a connection, a communal experience of the daily atrocities shared within close quarters. People laugh when other people laugh, but you can see the ripple of letting go, even if it's a premise they don't agree with. You can see people watching other people make sure it's ok to laugh.

Humor is the great corrective – a mechanism allowing others to see inside of a world they may not know, be it Gay, Black, Latino, or Asian. The artform enables outsiders to look inward and hear stories that often sound like their lives, too.

Just because something's fun doesn't mean it doesn't carry weight. Nikki Glaser dares us to consider how we frame women in a sexual construct - Joan Rivers pioneered the move, and Chelsea Handler took it to a new level. Glaser is the latest to take it to a different place that is without kid gloves.

And that's how comedians push, experimenting with what's “allowed.” 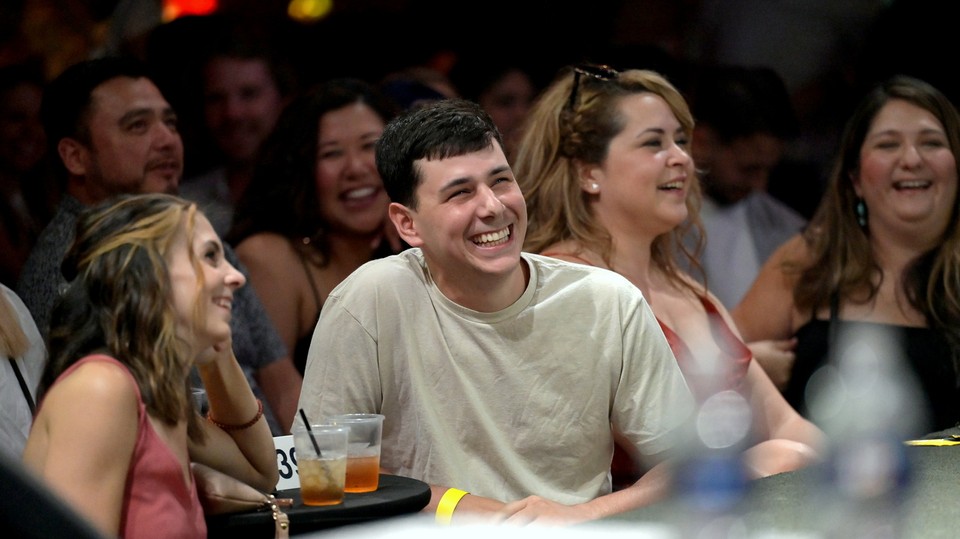 Jokes exist in the ether.

One minute they work, and the next, they bomb. Some punchlines in movies stay crispy for decades, and the social wave happens, and the joke is tasteless. It was a line at the time meant to be toyed with, like a cat and mouse.

Richard Pryor gave us insight into a broken home. Many argue who's better, him or Carlin as the master of the genre, the elemental Beatles vs. Stones of laughter.

We've recently lost Bob Saget, Norm Macdonald, Gilbert Godfried, Louie Anderson, and all within a year. Those voices had weight, and people went to them for point of view, for gravity.

We need voices like Judd Apatow, Megan McCarthy, Sarah Silverman, and Wanda Sykes. We learn things because what they do matters, not only for the moment but will ring true for a time to come.

Calling comedy is raw, unfiltered, and it can be offensive, but it brings out the human-animal, and all it takes is a piece of paper and a pen, or just a microphone.  For it to be called “low art,” that's fine, bring on the sleaze and cheese, because who doesn't love a two-drink minimum?

But it deserves its seat within the hallmarks of society, too.