Matt Rife: Not for Sale

The dude looks like a Calvin Klein model and treats everyone he interacts with, with warmth and humility.

It is impossible not to like Matt Rife as a human being. In comedy, though, being attractive and super pleasant can get you into trouble.

Comedy is the blood sport of pirates who will shit on one another out of love, but also so the sharks in the water can keep swimming, feasting on the chum left in their wake.

Women get the same treatment many times because you're not taken seriously if you're easy on the eyes. 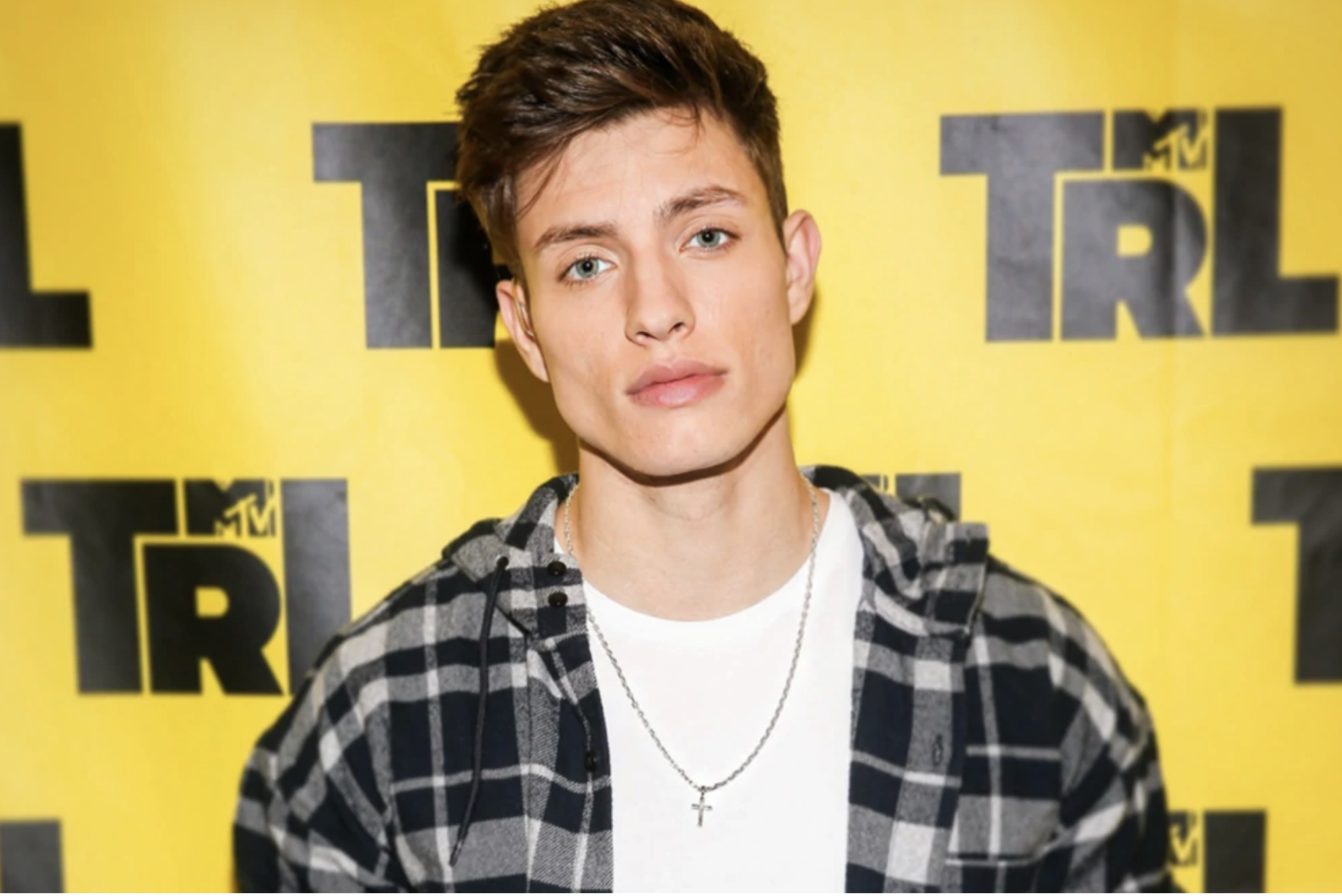 Sitting down and talking with him, getting a temperature of how cooperative your subject will be, it's a mixed bag.

Sometimes, they're making sure their Instagram is moving, while others are fully engaged, the world could burn for all they care – that's the kind of care Rife offered immediately. Never once picking up his phone and keeping his mind on thoughtfully answering the questions while people barged in and out of the Vulcan Gas Company green room.

We got to the looks thing immediately because he's self-aware.

Rife makes it a point to exorcise that point of view on stage as soon as he grabs a mic. "What dude wants to hear about how cute a comic is? He's just paid money to sit through my set.

Does he want to watch a guy his girlfriend wants to fuck? Fuck no. That's why I start with self-deprecating stuff. I get it. I don't take myself seriously. I'm here to tell jokes."

The thing with Matt Rife, though, is he's hilarious. No amount of potential judgment can sweep under the rug that his jokes land like the Incredible Hulk launching a freight train across state lines.

He could have been a clean comic, going the path of guys like Fluffy or Brian Regan or Jim Gaffigan.

Watching his set at Vulcan Gas Company, Rife set up and knocked down the jokes with the ease of someone who's walked a lot of stages when he could have taken the easy path by playing the LA game.

Comedy is the one artform where it doesn't matter who your dad is, how much money you have, or how hot you are – once that mic is in your grip, you have to deliver. Full stop.

And Matt Rife, who could have played right into the fetid maw of the Hollywood machine, didn't. He was a regular player on Nick Cannon's Wild' N Out and walked away when money was on the doorstep.

Since he was a kid, he's been in the business – and who started doing stand up before he could drive a car. And when all options were available, he kept coming back to comedy. And he refuses to play it safe.

There's a clear evolution within Rife's comedy. As he moved through his set, you felt the old jokes move like castaways purposely set aside for the larger, darker narrative.

He's a master of crowd work, being able to move from topic to topic as the audience tried their best to get in on the joke. He shut them down within a few slashes of austere observational humor, letting everyone else with a big yap know they could get burned if they wanted to play heckler.

There's an observational depth that doesn't lack the bite of his heroes, which stands by the legacy of those who tested the waters before him with grace, "I'm an opinionated person. My favorite comic is Chappelle and my favorite rapper is J. Cole. I want to say something like they do. They're not scared to voice their opinions."

And it's within this state of arriving at not giving a fuck is where Rife plays his best ball, he's not tied down to playing to try their hardest to be woke, and if anything, he plays against type.

"People aren't 'woke.' They want to seem like the best possible person, and that's a problem. The most woke person is probably the worst person on the planet. Like someone who's overly nice, but you know they're an asshole. Comedy is one of the last areas for freedom of speech. No one makes a joke to purposely hurt someone's feelings. They're just jokes."

And because he's developed this point of view that's willing to dance on the edge of the knife blade, Matt Rife sees his career move in new directions, despite his lack of playing to his age group, "I'm not a digital person. I'm probably doing it wrong. I'm not a part of the digital age. The younger generation of comedy couldn't give two shits about stand up, they want everything digital, but that's also the people who get offended the most. And it's super fucking annoying. I'm here to push boundaries and see what I can get away with."

As we chatted over bottled waters, downtown Austin was coming alive with folks ready to get tipsy. We heard their catcalls and shouts, pondering what came next for the artform, "Comedy is a majority driven sport. If three percent of the people don't laugh, I'm supposed to deprive people of their potential happiness? That doesn't make sense to me."

Because of this kind of intellect, it's given Matt Rife the chance to tour with legends like the late Ralphie May, Mike Epps, and Dane Cook. (Rife mentioned that Dane Cook even paid for him to get new teeth, citing his were "Ohio bad.)

"I think you should be able to joke about anything. I love the worst possible scenario and joking about it, that's where I want my humor to evolve to."

And he's there. If you're willing to piss people off, that's half of the battle. Comedy is hard.

You can't fake the laughs.

You can simulate the swagger and the attitude, but the jokes have to crush. Matt Rife is a son of the voices like Patrice O'Neal or Dave Attell.

He's willing to lay himself on the sword when he doesn't have to, and he's ready to throw grenades into safe spaces. While we've got plenty of comics out there trying to be that guy, Matt Rife is making his bones to be the next vicious voice amongst those not willing to see the line and dance over it with zero fucks: "I almost don't care about anything now. Everyone wants me to care about everything and I just don't want to."

Who's going to call him just another pretty face now?