They Called Him The Breeze: Rest in Peace Adam Hartle

The older I get, the less I know about the world.

Nothing is carved in stone except death. Everything else is negotiable, one mistake or victory at a time, and most of us are playing Russian roulette with those odds daily.

Because life isn't a straight line, we meet characters along the way; sometimes it’s a pink haired lady in the bathroom at a punk show offering cheap thrills, or the dude in your apartment building who walks his cat on a leash, while others are more impactful.

When the pandemic rocked the world, one of the most unexpected upheavals was Austin, Texas, becoming this new comedy hub plucking comedians away from the coasts, helping color the Capital City whose nightlife was once dominated by the sound of pedal steel or righteous rock and roll feedback, into a land of howling voices poking their fingers at the absurdity of the human experience.

And along the way, through late nights and long, weird conversations, I met Adam Hartle. 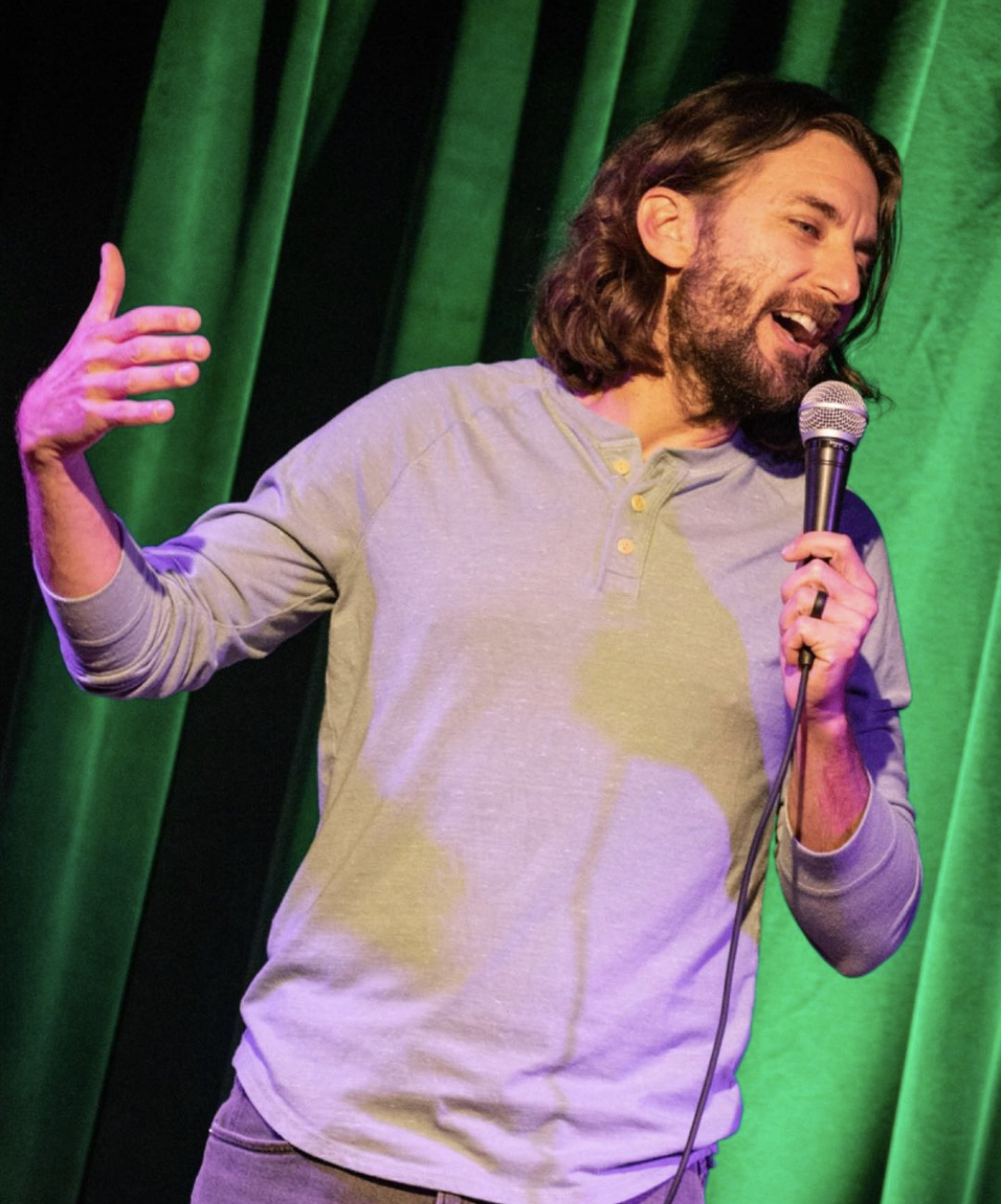 Adam was a raconteur, a soothsayer, a mystic, and a friend to everyone.

The last time I saw him was at The White Horse, our local rowdy honky tonk on the East side.

I didn't know he was in town; I certainly wasn't supposed to be – I was supposed to be in Chicago, but the trip was cut short. Within moments of walking into the joint, I caught sight of Adam as he led me to the bar for a Lonestar and Jameson, on his tab, of course.

You could never buy him a round, no matter how hard you tried. "I've got it, dude. You put that drink on my tab. You need anything, I've got it."

I never did, but I always appreciated the gesture.

We talked shop about comedy. He gave me a big hug before clinking glasses to celebrate his recent victory of moving his comedy club, The Sunset Strip, to the heart of 6th Street – right between Vulcan Gas Company and Joe Rogan's new comedy club, The MotherShip, whenever it opens.

And that's how it always was, like two ships in the night.

Every time I'd catch Adam, it was hugs and handshakes, never anything but gratitude, even if only shooting the breeze or hearing about a wild new idea he had. That's one of the beautiful complexities about who he was; to label him "just a dude" would be an insult because he was one of the most interesting people I've ever met. 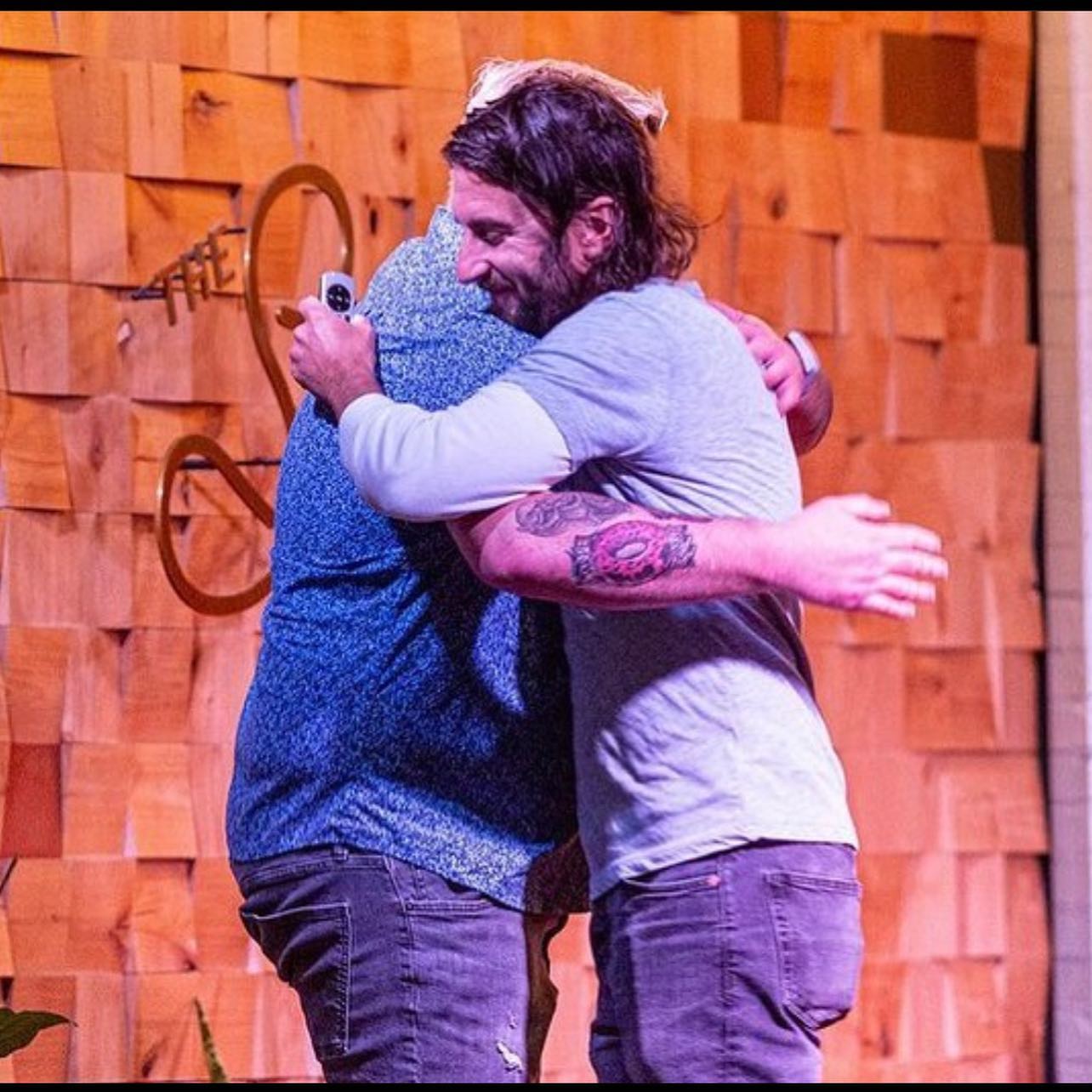 Adam Hartle was a lot of things, so try to follow a life so full of adventure, like a hastily packed suitcase, never knowing when he'd need to for the other side; tragically, that day came sooner than we expected.

He was a Florida boy through and through, but Austin was his second home, so we'd see him regularly, thanks to the Sunset Strip.

Adam loved the Florida Gators with a fever reserved only for the clinically insane.

What did he do when his love of football got the best of him? He found his way on the Florida coaching staff in his late twenties and early thirties, working in the video booth as an assistant.

And remember Tim Tebow, the pariah of Florida football, the king of the wildcat offense? Adam was the guy who introduced Tebow to Urban Meyer and helped recruit him.

After his football career ended, Adam worked with his best friend, Anthony Hashem (co-conspirator in The Sunset Strip), to create the movie Mile High: The Comeback of Cannabis, where they purchased the first joints legally sold in US history.

And during the screenings, what did they do? They handed out joints to everyone in attendance.

The movie was well-received and helped kickstart Adam's comedy career. 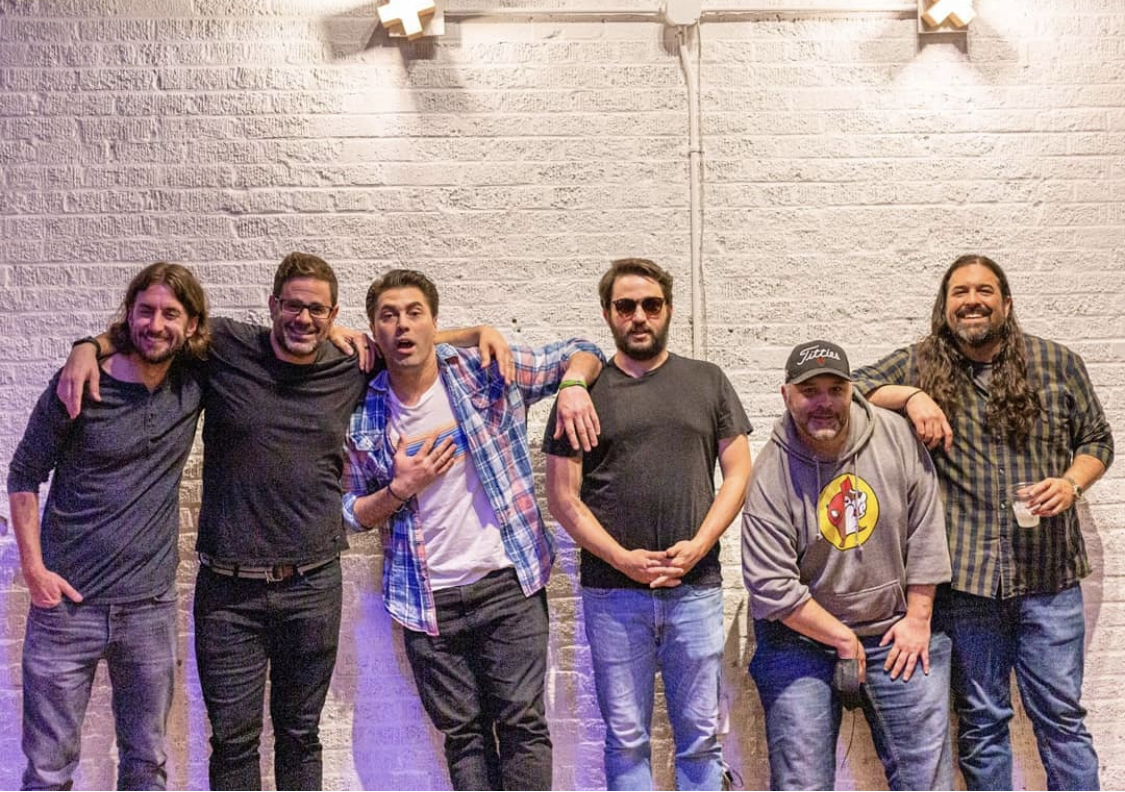 But wait, we're not there yet.

Because Adam was analytical, he played the stock market, making smart moves with investments early in Apple and Tesla, among other winners.

And because of these moves, his financial solvency allowed him to focus on comedy, doing spots at venues like the Secret Group down in Houston and the World-Famous Comedy Store in Los Angeles.

But, somehow, Adam fell in love with Austin's bubbling scene, choosing to do shows with Anthony under the guise of The Sunset Strip. And through doing those shows, Adam and Anthony never threw shows that were anything less than spectacular.

They paid the comedians fairly, the shows were always promoted, and every comedian in town or on tour felt like they didn't have a promoter but a team who advocated for their successes.

Once, we were at a show, and local heroes Netherhour played following the comedians, and despite most of the crowd splitting, Adam was all in on making sure even a small crowd gave those guys their all. He pulled me aside, ordering me to get a drink, "come chill, I love these guys. Let's show them the love."

And then there was the infamous trailer out back of the venue with Adam and Anthony playing ringleaders. We were there if you wanted to find a wild party with whiskey-soaked comedians making poor choices and me, the random journalist taking it all in.

Many late-night bottles of Jameson went down to the sound of the Allman Brothers Band or The Rolling Stones with us laughing hysterically at a shirtless Gary Faust acting a fool or Eli Halpern giving us his rapping alter ego, complete with a luchador mask.

So many people came through on those nights, Gina Hyena, Paul Virzi, David Lucas, Reed Marshall Becker, Jon Carden, Tony Casillas, and Mike Eaton, to name a tiny biosample of the ridiculousness.

If you wanted to find a bigger pack of psychos on the hunt for good times, you'd be hard-pressed to discover them anywhere else in Austin.

Those nights will be in the highlight reels for many of us. 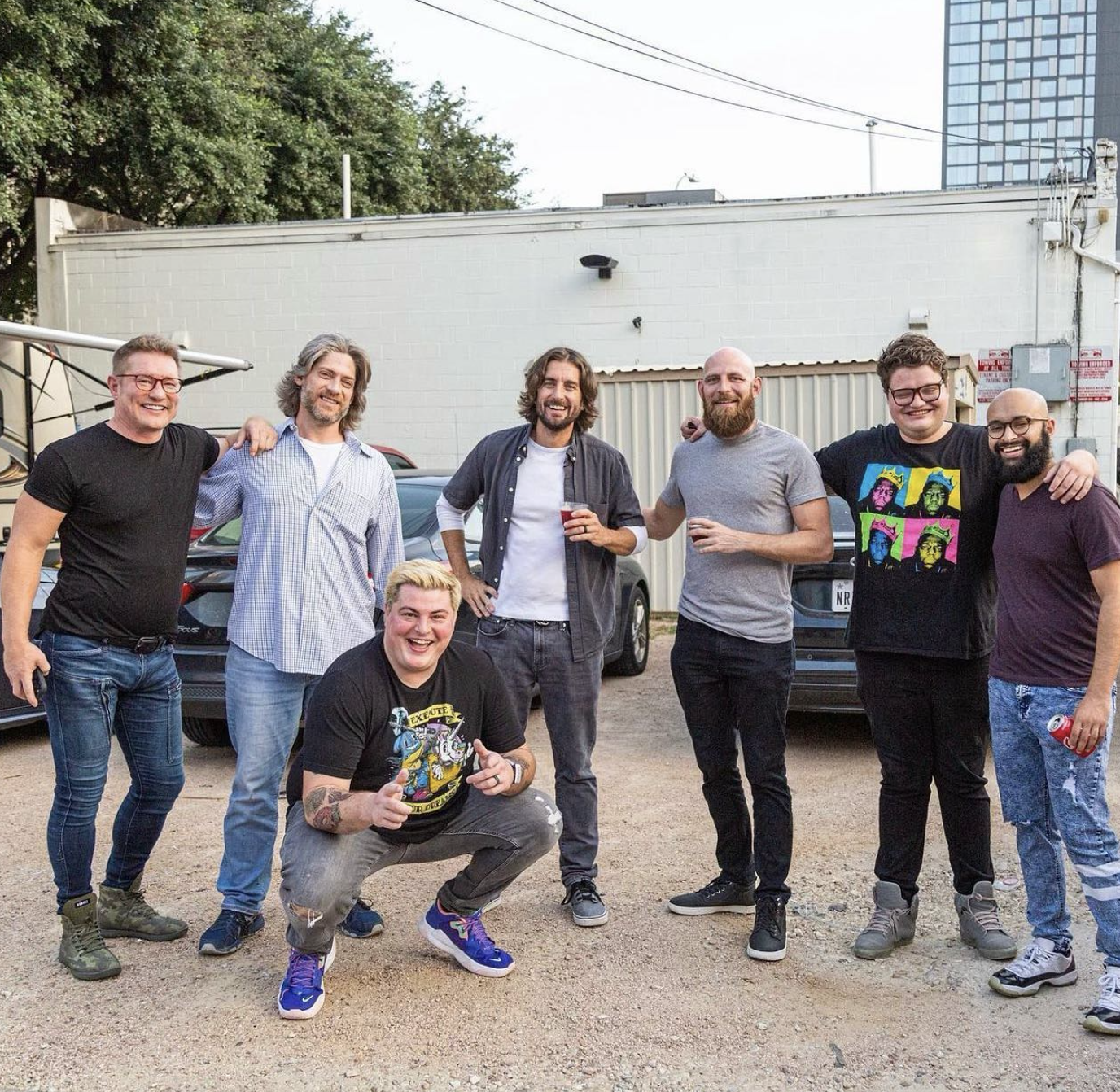 Adam didn't have to do comedy; he was financially set. But he did it for the love of the game.

He worked hard at writing solid jokes. He didn't want to be the "rich guy who threw shows," he might have had a bank account that was ok, but he wanted to crush, always.

He never got jealous of someone's set or their jokes, or if someone was blowing up, he wanted everyone to kill it every night; he wanted you to know that he was your number one fan – even if you were the opener getting your shot.

Getting to know Adam, there was an aspect about him that I found fascinating: his undying adoration of country rockers Lynyrd Skynyrd. So much so that I interviewed him about it.

I tried to get his story out there for months but never had any bites. Because Adam was so good at moving money around and making intelligent choices, he became a one-man preservationist.

"Jacksonville is changing. Listen to the song, "Every Mother's Son," and its lyrics, man, "I can see the concrete creeping." And it's true, there are dump trucks everywhere and it's erasing Jacksonville's and the band's history."

What did Adam do? He started buying land related to the Lynyrd Skynyrd legacy. In the lore of the band, there was a place out in the country, The Hell House, where the band practiced in the middle of the woods.

There's also a dock where the late singer Ronnie Van Zant fished and wrote many of his most iconic lyrics. The Hell House was destroyed by weather, but the dock still exists.

As Adam saw "the concrete creeping in," he bought the site to preserve its legacy and soon after had it recognized by the state of Florida, complete with a historical marker.

"I didn't want this special place to be some dude's backyard. Jacksonville is becoming cookie-cutter. The Curtis Low store got torn down. Their history is being erased. The city should be doing more than just having a Ronnie Van Zant Park. Those developers don't care about their legacy, but they'll name the streets in the new developments after their songs, though."

He went on to go further with his plans, "January 15th is Ronnie's birthday. I want to throw a party, invite the neighbors. I'd even love to do the hologram thing. I'm a Jacksonville boy and just want this place to stay special."

And that's the guy we lost. He was a real one.

He was a true friend to many and a damn fine comedian.

Looking back on it, he was always down for psychedelics, to explore what was locked away in the far corners inside of him, and maybe he was trying to get the keys to the other side before that suitcase was officially packed.

And those things only made him more interesting because there was no stone he wasn't willing to turn within. Searching comes in many forms, but his finger was always trying to pinpoint where the mind met the universe.

I think he knew something we didn’t.

Wherever Adam Hartle is, Bill Hicks had better be buying him a drink at the Skynyrd show. They'd have a lot to talk about.