Will Smith is a weirdo, and his family are weirdos, and I don’t care about them.

I care about a guy on a tiny stage  in a strip mall comedy club not telling an amazing joke because he’s scared he’s gonna get swung on by some bro who thinks this is the new normal.

The art of writing, of comedy, is we’re going to say things that make you uncomfortable. The artform will challenge your perceptions and what you stand by, and it doesn’t matter if it's a political belief or what you look like.

Everything is fair game. 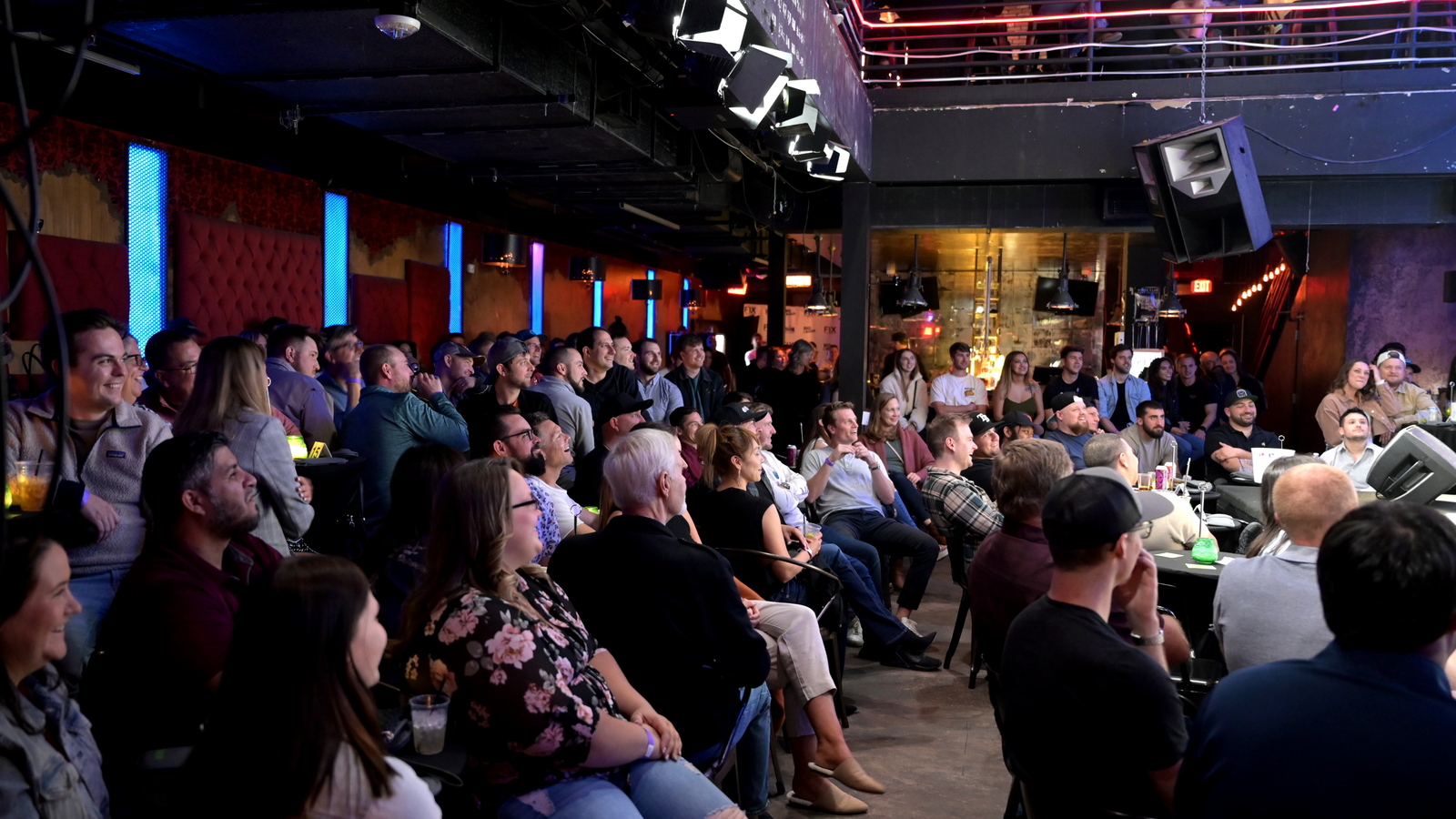 When you enter a comedy club, you agree that nothing is off-limits.

That’s the nature of the art form, and it has always been this way. The greatest strength of the power of comedy and writing is to peel back layers and lay out gut punches.

You may not like it. You may be offended by it, but this is the crux of opinion or jokes. Sure, there are repercussions to actions, but ultimately, the position of power is to make people laugh.

I’m paraphrasing Whitney Cummings, but she said, “if you’re a scumbag, be a scumbag. Comedy and writing are the only professions where as long as you’re honest about who you are, it’s ok. If you lie to us, that’s when you’re in trouble.” It was something like that.

We’re not talking about how Jada has run Will through the gauntlet in public for the last decade, from “situationships” or whatever they’ve covered on The Red Table.

You didn’t see a joke, miss - you saw a guy break on his biggest night, which will forever mar his win. (Even weirder is him dancing and singing to his music, not giving fuck at an after-party.)

When Chris Rock was asked to drop in and make some jokes, everyone in that crowd knew there would be light ribbing. They knew when the big comedian comes on, everyone gets shit on, but Will Smith didn’t get the memo.

This tradition goes back to Don Rickles, who was ruthless and continued to Ricky Gervais, who said crushing things to millionaires.

Roasting at awards shows, specifically the Oscars goes back generations, with Richard Pryor even hosting one year.

Kevin Hart was slated to until the Cancel Culture Machine shut him down for tweets long before he became the household name he is today.

Chris Rock made the throwaway joke and was going to move on to the next one and present his award. He noticed short hair and a green dress and figured it was an easy hit. 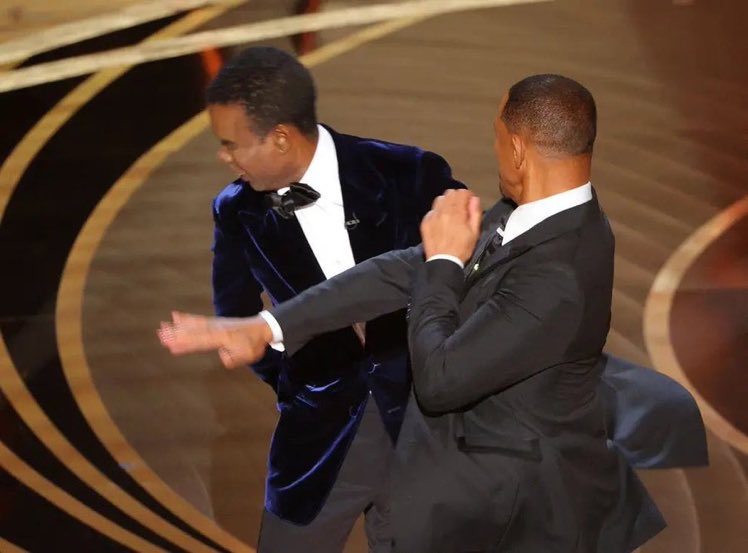 (pun intended with the image plalcement)

Do you think he had any idea about her alopecia? I don’t.

I didn’t know that till last night when everyone kept screaming about a medical condition. I don’t give a shit about any of these people or their struggles, so why would Chris Rock?

It’s immediately clear he had no idea and didn’t think it was a big deal. That joke was C- AT BEST.

You hire one of the best comedians in the world to make jokes. It’s going to be little jabs, not full-on punches. I work in the comedy business, and I am not a comedian. I’m a writer who’s been told A LOT of heinous shit for my opinions. Here are just a few:

“Someone should blow your fucking head off.” – I wrote about Colin Kapernick kneeling.

This is just stuff I wrote in the newspaper and not in front of a room full of people.

And these weren’t spicy takes, I was writing news stories and giving an opinion why Trump was garbage, or why I have a fundamental fear of my kid getting shot at school.

The agreement of comedy’s no-limits rules is sacred - but you can’t have it both ways.

You can’t defend what Joe Rogan says or whatever controversy Chappelle finds himself in and consider its cultural criticism. But, when someone’s wife is put on blast, regular-ass straight dudes think they’re suddenly Mike Tyson when they’re not.

You can’t say Anthony Jeselnick joking about kids with cancer is funny, or Jim Jefferies making fun of people who believe in God is ok, but then get mad at a lame GI JANE joke.

In comedy, that’s called crowd work, and it’s a part of the game. If you’re in the audience, you’re taking the risk that you might become the center of the joke. 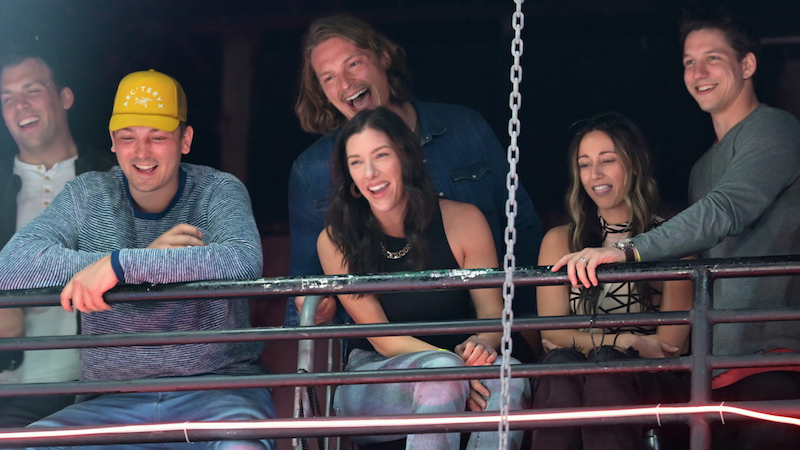 If you can’t handle this level of humor, don’t come to comedy clubs.

And what concerns me is some guy who’s had one too many Miller’s storming the stage at a local club because the comedian roasted him, not getting that these are just jokes.

No one is being serious. It’s all for the HA-HA’s, nothing more. Will Smith advocated violence because his wife didn’t like a joke. He laughed until he caught side-eye, which only further cheapened the moment.

These are millionaires, a protected class, not working comics out there taking risks, telling bad jokes, or working on material which could see them in the crosshairs. This is not ok.

This isn’t about bullying. This is about a comedian getting paid to do comedy and Jada’s ego was at stake.

If she didn’t care about being bald, which has now been blasted to all four corners of the globe, this wouldn’t have stuck, considering the joke wasn’t about how fat she is, or that she was ugly. Or that she fucked her son’s friend. The joke was harmless.

You don’t get to be outraged only when it is applied to you.

Comedy doesn’t work that way. You’re either going to laugh at everything, or you’re going to be offended over everything.

There is no middle ground.

And go ahead, make every joke about me if I get sick and die. I hope you take selfies with my corpse.